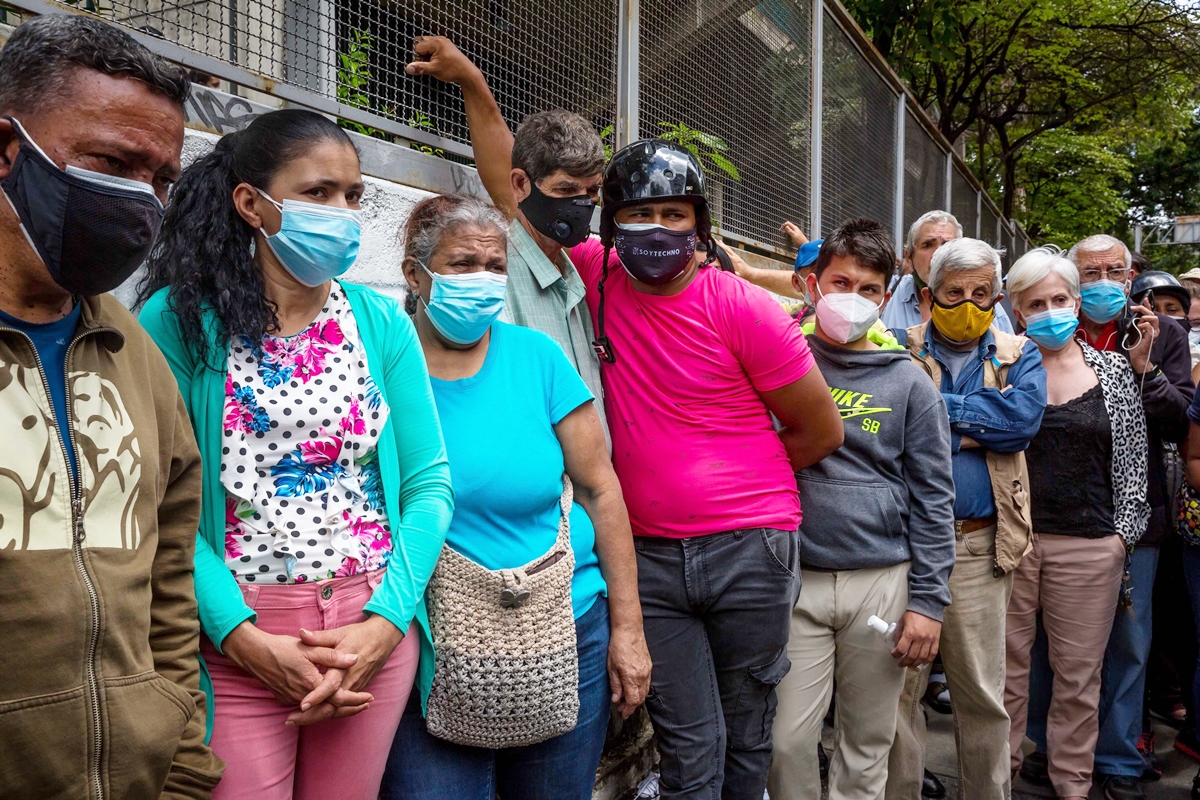 Huniades Urbina, secretary of the National Academy of Medicine asked the Venezuelan regime immunize the entire population against covid-19 before relaxing the restrictive measures, as announced on Wednesday by Nicolás Maduro.

“The first thing that should be done is to vaccinate the population. According to the figures managed by the Pan American Health Organization, we barely reached 4%. We are supposed to vaccinate 70% of the population, that is equivalent to 19 or 20 million inhabitants, to say that the chain of transmission has stopped, “Urbina said in an interview with Success Circuit.

Maduro, during a televised intervention, proposed to the pandemic care commission to evaluate the elimination of the relaxation weeks, contemplated in the 7 + 7 method. He added that they will trust that Venezuelans will comply with biosafety measures while they move, trade and work.

“Are they going to trust people to deliver? If people are not complying because law enforcement agencies are not enforcing the rules. So this is going to turn into a pandemonium and later, with unassisted hospitals like we have them, we have 15 months in a pandemic and nothing has been done to recover or equip them. You will tell me where we are going to put the patients, ”said the doctor.

He recalled that in other countries where the population is between 60% and 70% vaccinated, biosecurity measures are being applied again due to the rebound in covid-19. On Venezuela, he stressed, is seeing a rise of the second wave of infections.

He stated that in that scenario health workers will continue to die. He pointed out that 20% of those who died in the country due to complications associated with covid-19 belong to health personnel.

“The recommendation is to sit down with the people who handle figures, that we are the doctors, that we are the experts, because I I don’t know what kind of experts they have on the presidential commission, to see what is best for the country. But what they are raising is definitely not effective, “he said.

Democracy dies when there is censorship. Today you can help maintain independent journalism with just $ 3 a month. Contribute and be part of the solution!