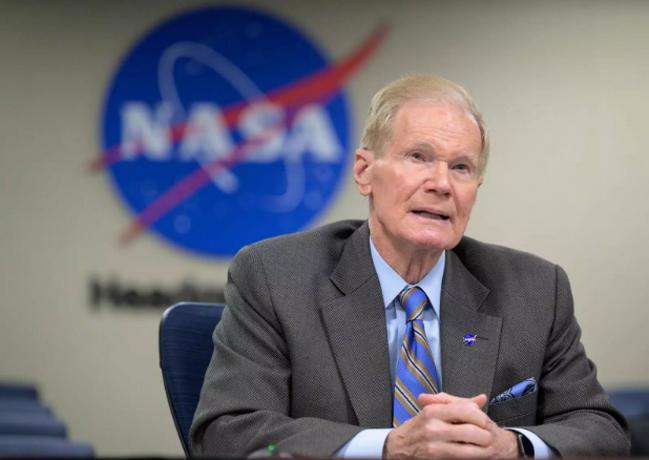 The director of the US space agency, NASA, Bill Nelson, has warned in an interview with the German tabloid ‘Bild’ that China intends to build a lunar base in collaboration with Russia in what would be a first step to “seize” the satellite.

“We should be very concerned about that China is going to land on the Moon to say: now it is ours and you stay out”, Nelson said in the interview, published on Saturday.

In fact, Nelson believes that there is a new space race to reach the Moon, “this time with China.” The United States is planning a trip to the Moon to 2025 and for the first time a woman will travel. Beijing is going further and hopes to have an operational lunar base in 2035.

In particular, there would be a race to control the Moon’s south pole for the presence of water reservoirs that could be used to make rocket fuel.

Asked about the purpose of China’s presence in space, Nelson responded irritably: “Well, what do you think is happening on the Chinese space station? They learn how to destroy other people’s satellites there.”

Thus, he pointed out that China has spent years researching technology to “catch” satellites with robotic arms or nets or crash them, supposedly to clean up their own space debris, but could also be used to attack other countries.

The head of NASA has stressed that “China’s space program is a military space program” and has once again denounced the theft of technology that has driven its nuclear program. “China is good, but China is also it’s good because it steals ideas and technology of others,” he indicated.

See also  Raúl Jiménez on his lack of goal: "It's a matter of time"