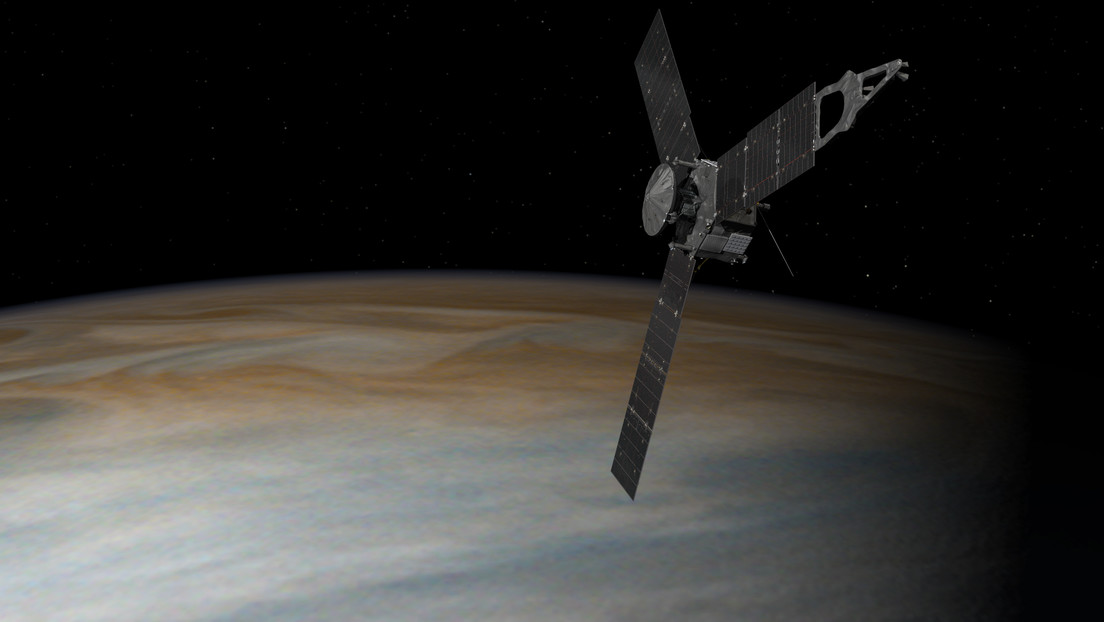 The images show circumpolar cyclones occurring at the gas giant’s north pole and eight massive storms in its southern hemisphere.

With music by the Greek composer Vangelis and images taken by JunoCam, NASA created an animation of the June 7 flight that its Juno spacecraft made around Ganymede, the ice-covered moon of Jupiter, and its 34th flyby of the giant. gaseous.

The video begins as the spacecraft approaches Ganymede, at a speed of 67,000 km / h, and passes 1,038 kilometers from its surface. From there you can see several dark and light areas of what is the largest moon in the entire Solar System, as well as the Tros crater, one of the largest and brightest of that natural satellite.

It took Juno only 14 hours and 50 minutes to travel the 1.18 million kilometers that separate Ganymede from Jupiter. Among the Jovian atmospheric features shown in the animation are circumpolar cyclones at its north pole and eight massive storms in the southern hemisphere, which appear as white ovals.

“The animation shows how beautiful deep space exploration can be. It’s a way to make people imagine exploring our solar system for themselves, seeing what it would be like to orbit Jupiter and fly past one of its icy moons, “said Scott Bolton, principal investigator of the Juno project at the Southwest Research Institute in San Antonio, Texas. USA).

“Today, as we get closer to the exciting prospect that [muchos] humans can visit space [y entrar] orbiting the Earth, this propels our imaginations to decades in the future, when humans will visit the alien worlds of our solar system, “he added.