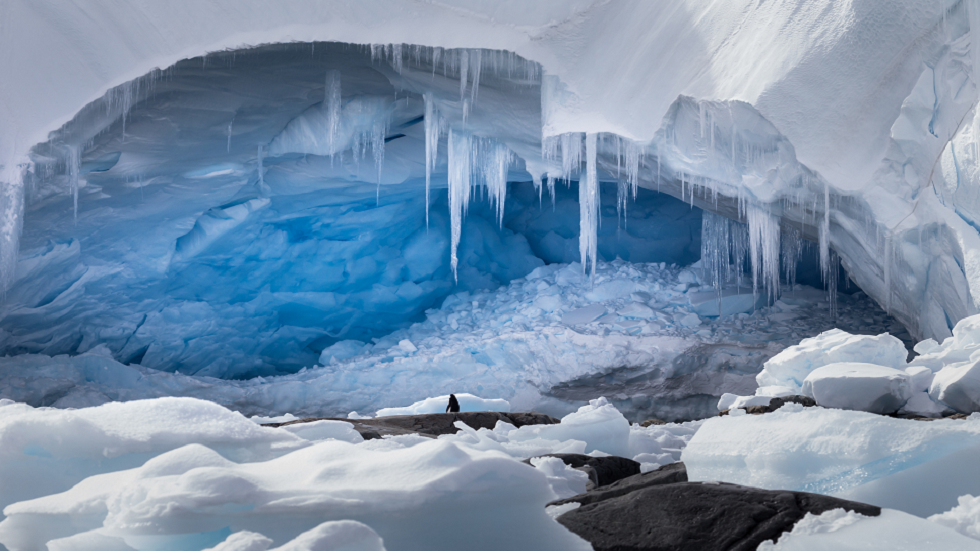 Antarctica may seem like a static environment: a white, still landscape frozen motionless in place, but under the ice much more happens than we realize.

More than a decade ago, scientists made such a discovery, when analysis of data from NASA’s ICESat satellite revealed that differences in ice height in West Antarctica reflected a massive mass of subglacial water movement beneath the ice sheet.

Prior to the discovery, meltwater lakes – deeply hidden at the bottom of the ice sheet, where the ice meets the continental bedrock beneath – were thought to exist in isolation.

But in 2007, researchers found that fluctuations in Antarctic surface ice height are indicative of the movement of water flow between a hidden network of subglacial lakes, which alternately fill and drain before their waters seep into the Southern Ocean.

Now, the ICESat-2 mission, launched in 2018, is giving scientists a more glimpse into this mysterious and deeply buried network, while revealing two previously undiscovered lakes.

As glaciologist Matthew Siegfried of the Colorado College of Mines says: “ICESat-2 is like putting on your glasses after using ICESat, the data is so high-resolution that we can really start mapping the boundaries of the lake at the surface.”

In a new study, Siegfried and his fellow researchers combined altimetry data from ICESat-2 and the original ICESat mission, along with measurements from CryoSat-2, an ice observation satellite operated by the European Space Agency (ESA).

By combining the data sets – which span the period from 2003 to 2020 – the researchers are able to observe active subglacial lakes on time scales shorter than the ICESat-2 repeat cycle (the 91-day gap before you can observe the same area again).

The researchers wrote: ‘Surface deformation caused by the filling and drainage of active subglacial lakes provides one of the few remotely accessible windows for the evolution of basal water systems; otherwise, these systems are hidden under up to 4 km. [2.5 ميل] of ice.”

In addition to giving us a more detailed look at the activity and outlines of the known subglacial lakes in Antarctica – more than 130 of which have already been documented – the analysis found two anomalies that appear to be hidden lakes, which have not been discovered before.

These potentially active lakes – called Lower Subglacial Lake Conway (LSLC) and Lower Mercer Lake (LSLM) – are located near previously discovered lakes that may have missed the original ICESat mission, which lie within narrow gaps between their observations.

And just a few weeks ago, one of the researchers involved – glaciologist Helen Fricker of the Scripps Institution of Oceanography – co-authored a related study detailing a dramatic lake drainage event in East Antarctica, where a shallow lake on a floating ice shelf vanished within days. .

Beneath the West Antarctic ice sheet, water from subglacial lakes is also thought to eventually flow into the ocean, although a hidden escape route is hard to imagine.

The results were reported in Geophysical Research Letters.