NASA captured an image of the supernova Cassiopeia

The images of a star captured by the National Aeronautics and Space Administration (NASA) in space went viral on social networks.

This Thursday, the space agency released the records of NASA’s Imaging X-ray Polarimetry Explorer (IXPE), the first images that the device ‘delivered’ after its launch into space, which occurred two months ago. .

The IXPE captured the remnants of the Cassiopeia A supernova, a star that exploded in the 17th century. NASA captured the cloud of cosmic particles floating in space after the star exploded.

After launching in December atop a Falcon 9, IXPE entered a commissioning phase to prepare for observations, which started with supernova remnant Cassiopeia A on January 11. pic.twitter.com/hT3W0ibbGm

“The IXPE image of Cassiopeia A is beautiful, and we look forward to analyzing the polarimetry data to learn even more about this supernova remnant,” said Paolo Soffitta, IXPE Principal Investigator.

The images were recorded between January 11 and 18, 2022. It is not the first time that NASA has revealed the supernova Cassiopeia A. The Chandra observatory had already done so in 1999. At that time, scientists from the space agency They found that at the center of the supernova was a compact object that could be a black hole.

The discovery of IXPE

“The IXPE image of Cassiopeia A is as historic as the Chandra image of the same supernova remnant,” said Martin C. Weisskopf, another of the IXPE principal investigators, which is based at NASA’s Marshall Space Flight Center. in Huntsville, Ala.

“It demonstrates the potential of IXPE to obtain new, never-before-seen information on Cassiopeia A, which is currently under analysis,” added the scientist.

NASA will measure the polarization of the supernova. This involves calibrating how the star’s light is impacted by exposure to different types of X-rays. Thus, the scientists are confident that they could more accurately study the composition of that hard core seen in the center of Cassiopeia A.

The hope of future discoveries

“Future polarization images of IXPE should reveal the mechanisms at the heart of this famous cosmic accelerator,” said Roger Romani, another of the IXPE researchers.

“To fill in some of those details, we have developed a way to make IXPE measurements even more precise using machine learning techniques. We look forward to what we will find as we analyze all the data,” he added. 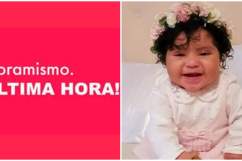 READ MORE: These are the victims of the tragedy of the Astroworld Festival in Houston