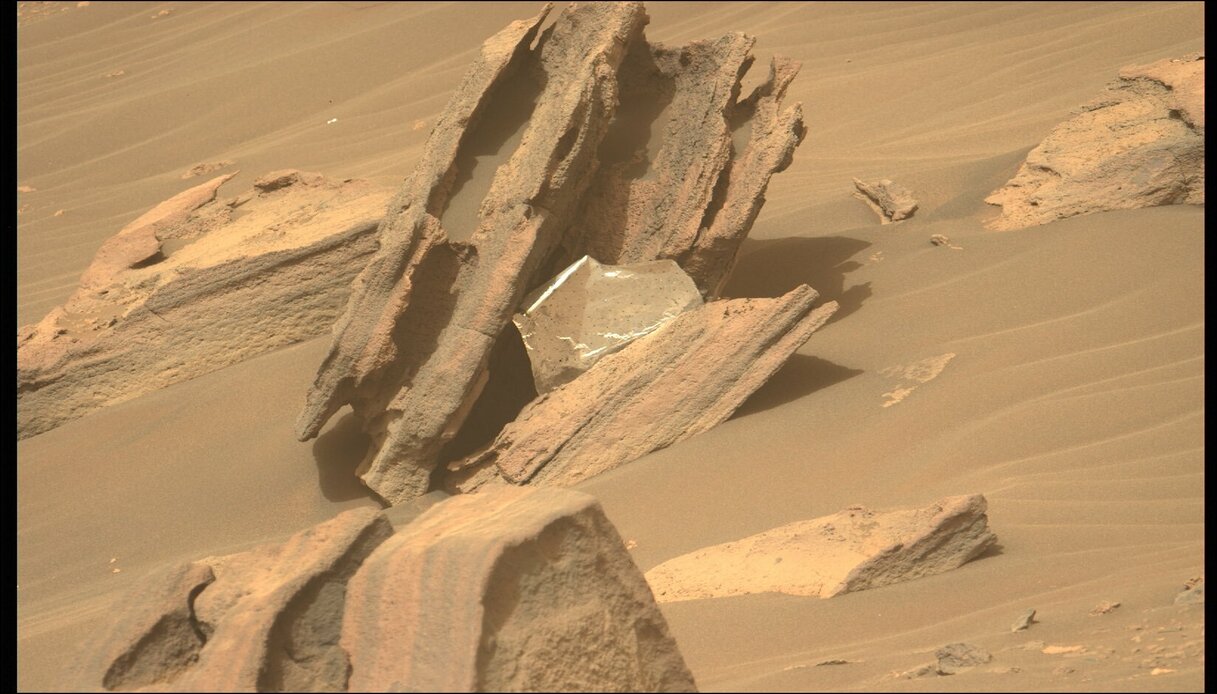 The photos that NASA rovers send us back from Marte they are very beautiful, but often incomprehensible if they are not explained to us by some expert. We see what in our eyes could be a Utah desert, but which is actually a giant crater that we can’t even imagine. Sometimes we even come to believe that they are evidence of some alien civilization, even if there are much simpler and more rational explanations behind it.


One of the latest photographs of Perseverance it was even stranger: there was this strange object on the Red Planet, irregularly shaped, vaguely rectangular and bright. Everyone has wondered what it was, and now we know what it is.

A strange object on Mars

We filled with garbage our landfills and the land on which cities are built. Then we invaded the seas and oceans, and even the ice caps of the Arctic and Antarctica. But now there is a new record: we have also left waste in space. On Mars, in particular.

NASA’s Perseverance rover has snapped a photo of what appears to be a piece of tinfoil wedged between Martian rocks. The scientific world wondered what it was, and then found an answer: our trusty ally on four wheels on Mars found a piece of material that he had dropped last year. when he landed. It is a fragment of glossy film that was part of a thermal blanket, a material used to control temperatures.

The “walk” of the garbage

It is not the first time that remains of the “ammartaggi”, the descents on Mars, have been identified or found. Ingenuity, which is the helicopter that accompanies Perseverance itself, last year spotted the wreck of the landing gear that took him and the rover safely to Mars, along with the parachute. And then there are the remains of all failed missions, in which the instruments crashed on the Red Planet or were destroyed in subsequent moments, such as those of NASA in 1998 and 1999. This is what will also happen to Insight, one of Perseverance’s brothers, and which over the years has happened to many others rovers that have finished their work. On the Moon, however, we have abandoned everyday objects such as boots or measuring tools.

The weird thing about this latest find on Mars is his location, as the Perseverance twitter account also explains. It is in fact about 2 kilometers away from the rover’s landing point on February 18, 2021. Was it the same piece of aluminum that landed there when Perseverance broke away from the Skycrane, or was it blown by the weak wind from Mars? This is a question that researchers are still working on.

Meanwhile, the rover continues his journey, which departed from the Jezero crater where it landed, looking for evidence of a past life on Mars. From the Red Planet, Perseverance sent back photos and really important information, which were critical in determining what we know about our neighbor. Thanks to him we discovered what Mars sounds and what climate there is on the planet, but we also know more about the chemical composition of its rocks.