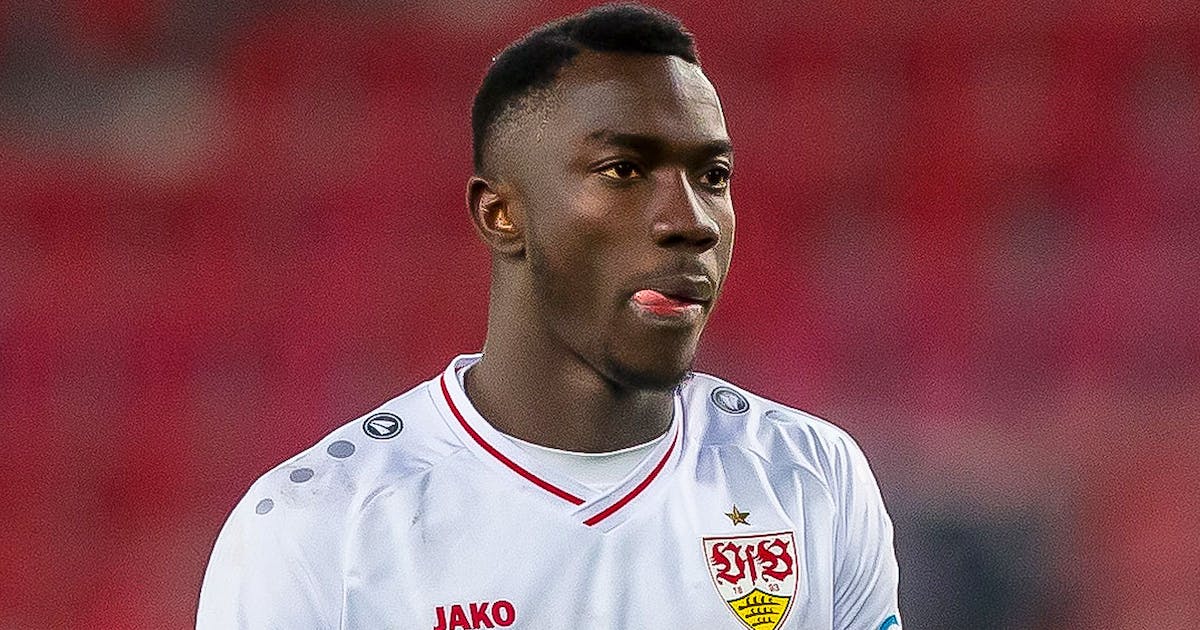 Professional footballer Silas Wamangituka has apparently played under a false identity for VfB Stuttgart for two years. The Bundesliga club protects the player and blames an agent for it.

The Congolese recently revealed to VfB that he was “a victim of the machinations of his former players agent” and that Wamangituka is not his real name. The Bundesliga team announced this on Tuesday.

His correct name is therefore Silas Katompa Mvumpa. The winger’s date of birth was also probably wrong. According to VfB information, Silas was born on October 6, 1998 in Kinshasa and is therefore 22 today, exactly one year older than originally assumed.

VfB is in contact with the German Football League (DFL) and the German Football Association (DFB) in this regard. The Swabians do not fear any consequences for the most valuable Stuttgart professional (market value 25 million euros). According to a legal assessment of the facts, it is assumed that “Silas was in possession of a valid license to play and is still going”.

In addition, VfB expects that Silas will get a new eligibility to play in his real name in due course. “In terms of the name change, he is above all a victim. We will protect him accordingly, ”says Stuttgart’s sports director Sven Mislintat.

«I have lived in constant fear over the past few years and have also been very worried about my family in the Congo. It was a difficult step for me to reveal my story », says Silas. “I only dared to do this with the support of my new consultants.”

The false identity is said to have come about through a former player agent from Silas. He let the then 19-year-old live with him in Paris and, according to Silas, also changed his name and date of birth. VfB suspects that this happened, on the one hand, to interrupt the striker’s connection to his training club in the Congo, and on the other hand, it increased Silas’ dependence on the mediator – since he was now open to blackmail.

Silas is said to have lived in the house and under the supervision of the agent. “His salary was not paid to him, he only received part of it from the agent,” said VfB. “The consultant also kept threatening that Silas would never be allowed to play football again if the facts were to become public.”

Now the offensive player dares to go public: “It became clear to me that I no longer have to be afraid and that we can put everything on the table together. I wouldn’t have dared to take this step if Stuttgart, my team and VfB hadn’t become a second home for me where I feel safe. “