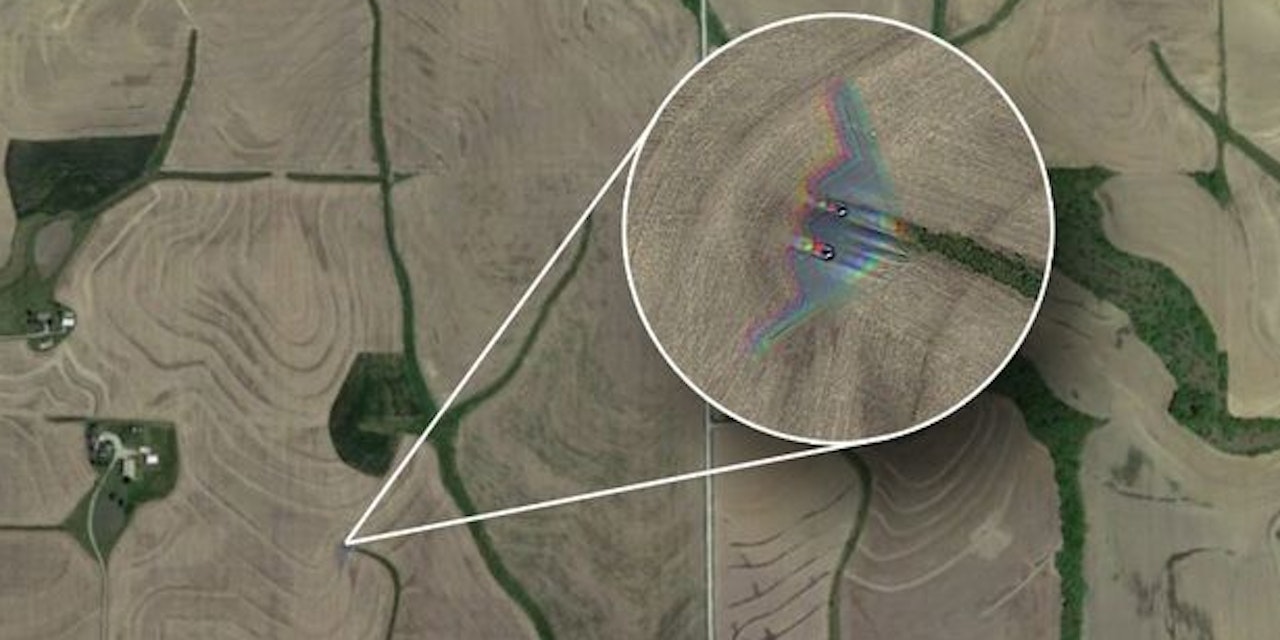 “Google Earth” satellites have found an enigmatic object in a field in the USA. Is it a UFO?

Google Earth offers insights into our world that previously went undiscovered. But sometimes the satellites of the internet giant capture mysterious objects.

Less than 80 kilometers east of Kansas City, in the US state of Missouri, a strange object was photographed over a field.

At first glance, the captured flying object looks as if it came from another world. Could it be a UFO that was photographed flying over the earth?

No, the object is entirely earthly, but it is still mysterious. According to the PetaPixel website, the object is the Northtrop B-2 Spirit stealth bomber.

The B-2’s blurry photo is due to how the satellite cameras took photos for the red, green, and blue (RGB) channels separately before combining them into a single full color image.

Incidentally, the same effect was already observed in 2020 when the satellites photographed a commercial aircraft over Chicago.