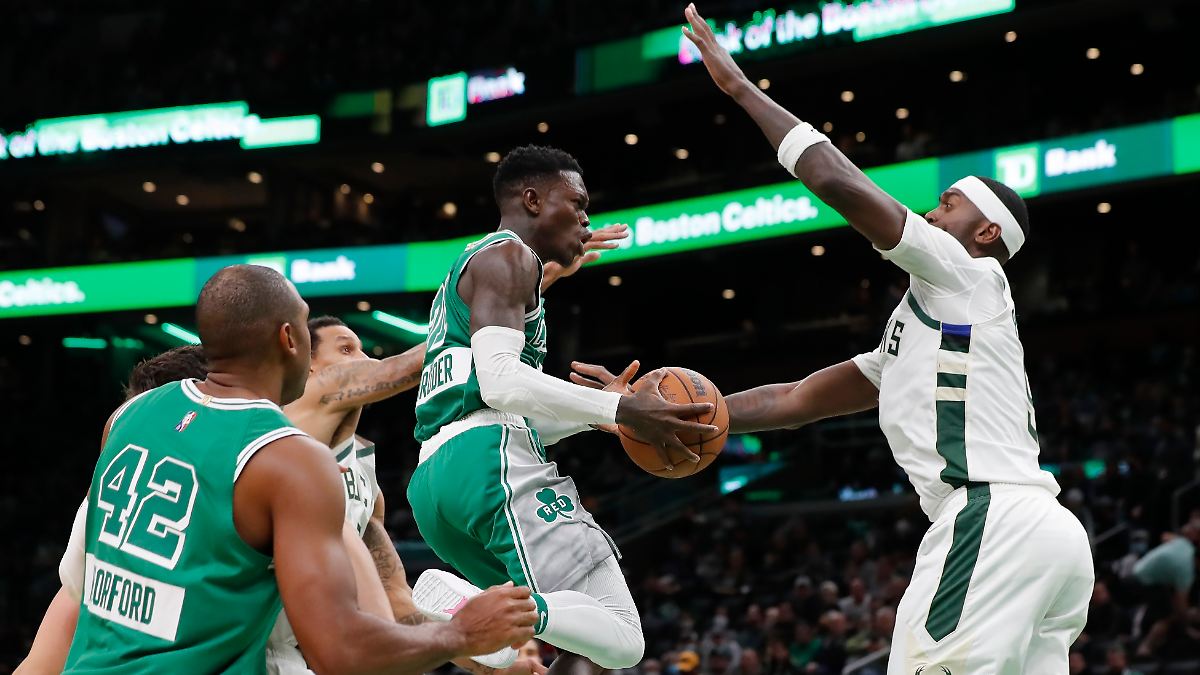 In the game against the Milwaukee Bucks, national player Dennis Schröder shows a strong performance. With 38 points, eight rebounds and three assists, he leads his Boston Celtics to overtime success against the current NBA champion. The audience in the TD Garden is upside down.

The German national basketball player Dennis Schröder led the Boston Celtics in the North American professional league NBA with 38 points to a 122: 113 win after extra time against the Milwaukee Bucks. The reigning champion had to compete on Friday evening (local time) without his ailing stars Giannis Antetokounmpo, Khris Middleton and Brook Lopez.

Especially in extra time, Schröder was the outstanding player with eight points. “He ran hot in the end and then we fed him,” said Celtics coach Ime Udoka, “he had a great game today. And we needed that.” The viewers in TD Garden were enthusiastic and started shouting “MVP, MVP”. “I mean … that’s great. But that doesn’t count for me – I just want a win,” said Schröder when asked by the choirs.

Schröder only scored better once in his nine-year NBA career: four years ago he scored 41 points for the Atlanta Hawks against the Utah Jazz. Boston is with a balanced record after twelve games in the middle of the narrow Eastern Conference.

Things are still going much less well for Daniel Theis and the Houston Rockets. The 92: 104 against the Portland Trail Blazers was already the tenth loss in a row. Theis started as a center and came up with nine points, five rebounds and one assist, one steal and one block. Without Maxi Kleber, who was still injured, the Dallas Mavericks won the San Antonio Spurs 123: 109 – thanks to Luka Doncic, who was once again in a great mood. The 22-year-old Slovenian achieved a so-called triple double with 32 points, 15 assists and twelve rebounds.

The best team in the NBA remains the Golden State Warriors around Stephen Curry. The Guard scored 40 points, including nine threes, in 119-93 against the Chicago Bulls, and led the Warriors to their seventh win in a row.