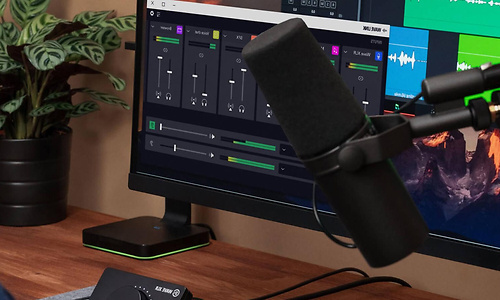 Muted microphone can be listened to by video calling software

The mute button doesn’t stop video calling software from listening to your microphone. Researchers from two American universities discovered this when they analyzed the mute buttons in programs such as Skype, Teams, Zoom and Slack. Cisco Webex was also investigated, and it was found to be sending audio data to its servers for telemetry even with the microphone muted.

We tested it ourselves, and the mute button in Skype does indeed not provide driver-level microphone mute. This can be useful if the microphone is used in several programs at the same time, but this allows the software to still listen in. According to the researchers, most of the tested applications do not use this option.

An exception is Cisco’s Webex, a video conferencing program aimed at the business market. Webex was fetching data from the microphone every minute, even if it was muted. This involved audio-derived data, such as the volume level of background noises. So no recorded audio fragments, but according to the research there is enough information to be able to determine what activities were carried out in the background.

Cisco has responded to the results of the investigation. The company has informed news site The Register that it has adapted their software; no more microphone data would now be sent to the servers, other than the information used for Webex’ mute notification feature.

The 21-page study of the mute buttons is available online in PDF format on the Wisconsin Privacy and Security Group website.

Resources: “Are you really muted?” study (PDF), The Register