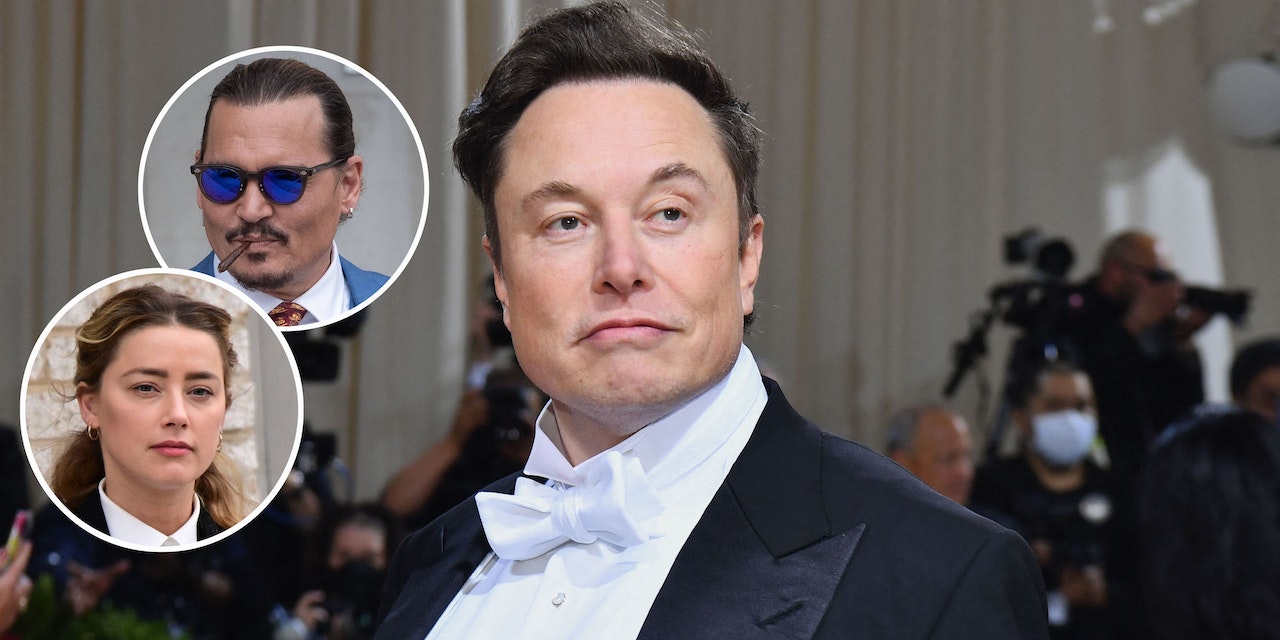 Musk on the Depp Heard trial: “They’re both incredible” – People

The billionaire briefly dated Amber Heard in 2016. Now he comments via Twitter on the legal dispute between Depp and Heard.

Johnny Depp and Amber Heard’s civil case is slowly but surely coming to an end. The Virginia court jury is now reaching a verdict in the $50 million court case.

One has already made his verdict: Elon Musk. The tech billionaire was briefly involved with the 36-year-old in 2016. Now he has commented on the actress’ legal dispute via Twitter. The 50-year-old tweeted the clear words on Saturday: “I hope these two can put everything behind them. When they show their best side, both are incredible.”

Millions of people have been lied to

The entrepreneur posted his statement in response to a tweet from a viewer at the trial, who provided a personalized summary of what had happened over the past few weeks: “1. Fame is a hell of a drug (for some). 2. Psychiatrists and lawyers have very different skill levels. 3 . Some people are capable of lying to millions of people. 4. Love can be messy. 5. A big bottle of wine.”

With his statement, the tech billionaire is not on any side – but argues that both acting stars have made mistakes, but he also sees the good sides in them. Noticeable? While his brief liaison with Amber Heard in 2016 is known, according to the US online portal “TMZ” there has never been a meeting between the Tesla entrepreneur and Johnny Depp. For this reason, the investor’s tweet seems unbelievable to many fans. One user wrote, “Do you even know Johnny?”, while another commented, “Then why are you dodging Amber’s subpoena if she’s so amazing?”

Promised money did not arrive

Throughout the litigation, it was rumored that Musk would also testify at the trial. The entrepreneur is said to have once helped Heard financially. The Aquaman actress announced in 2016, shortly after Depp’s split, that she would donate the full $7 million she received from the divorce. Half of the money should go to the civil rights organization American Civil Liberties Union (ACLU). However, the ACLU’s Terence Dougherty testified in court that of the $3.5 million promised, only $350,000 was received. A further sum of 500,000 US dollars was donated in her name – but the money was due to a fund from Elon Musk.

VIP picture of the day