SpaceXSpaceX wants to deliver super rockets with a top speed of 12,000 km / h to the American military in the future.

It’s not the first deal Elon Musk has made with the U.S. military, but it is certainly one of the most spectacular. His company SpaceX wants to build a super rocket for the US Department of Defense that can travel at a top speed of 12,000 km / h and take payloads of 80 tons to anywhere in the world within an hour – including weapons transport.

Just days after Elon Musk signed an order for missile tracking satellites from the US Pentagon, Business Insider reports a new deal between US space and telecommunications company SpaceX and the armed forces. The aim of the two partners is to significantly reduce the transport time of huge payloads compared to conventional military aircraft.

From Florida to Afghanistan in an hour

Stephen Lyons, head of the United States Transportation Command, which ensures the worldwide transport of troops by sea, land and air, announced at a virtual conference that the more than 12,000 km journey from Florida to Afghanistan with the new High-speed missile could be tackled in around an hour.

“So you can say that with the new rocket we can bring the charge of a C-17 to anywhere in the world in less than an hour,” enthused Lyons in the British newspaper “The Times”. “I can tell you that SpaceX is moving very, very quickly in this direction and I am already looking forward to what is to come,” added the head of transportation. 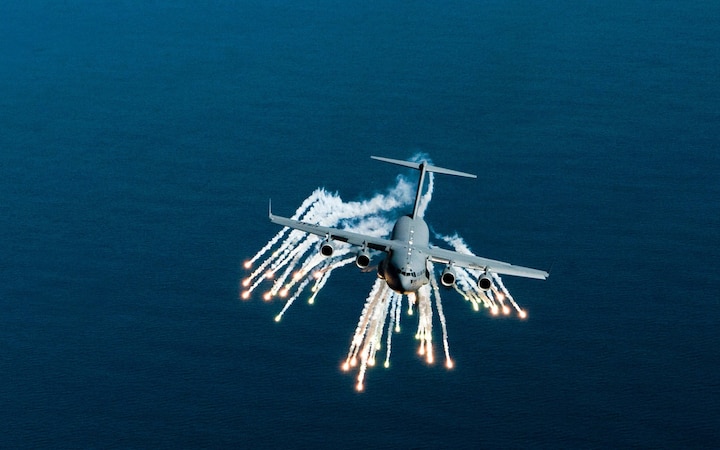 Nicholas PriestThe C-17 Globemaster transports a payload of 80 tons at 590 miles per hour.

“Starship” project in the test phase

The “Starship” project is currently in the test phase. In May of this year, a Starship prototype was shot into the sky from the launch pad in Texas for a high-altitude test flight. As with earlier test flights of the “Starship”, the serial number 15 was also equipped with three Raptor engines. With these test flights, at which heights of up to ten kilometers can be reached, SpaceX hopes to gain a better understanding of the processes and to advance the development of a completely reusable transport system “that can help mankind return to the moon, to Mars travel or beyond, “says the company’s website.

It is not yet known when the super rocket will be ready for series production and when it can be delivered to the American military. No information has yet been made public about the likely costs either.

Many years of space experience

The SpaceX team relies on its many years of space experience in its developments. The scientists have already released the reusable “Falcon 9” and “Falcon Heavy” rockets into orbit and landed them safely on earth.

In May of this year, the temporary spectacular climax in the company’s history: On board the crew capsule “Dragon”, space tourists were shot into space for the first time – the first manned mission in human history without professional astronauts, which went far beyond the boundaries of space into orbit.

According to SpaceX, it was the furthest flight from Earth since the end of the Apollo lunar program in 1972. The capsule moved in an orbit of around 575 kilometers, which is significantly higher than that of the International Space Station or the Hubble Space Telescope is. 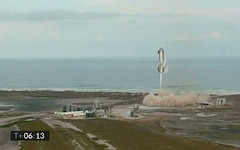 Foto: Uncredited/SpaceX/AP/dpaAfter two setbacks, a prototype of the new “Starship” rocket landed safely for the first time on a test flight by the private space company SpaceX – and only then exploded.

Elon Musk wants to send people to Mars one day. To do this, his company SpaceX is testing reusable rockets. One is now at …

Elon Musk wants to send people to Mars one day. To do this, his company SpaceX is testing reusable rockets. One has now exploded on landing – for the engineers it is still a success.