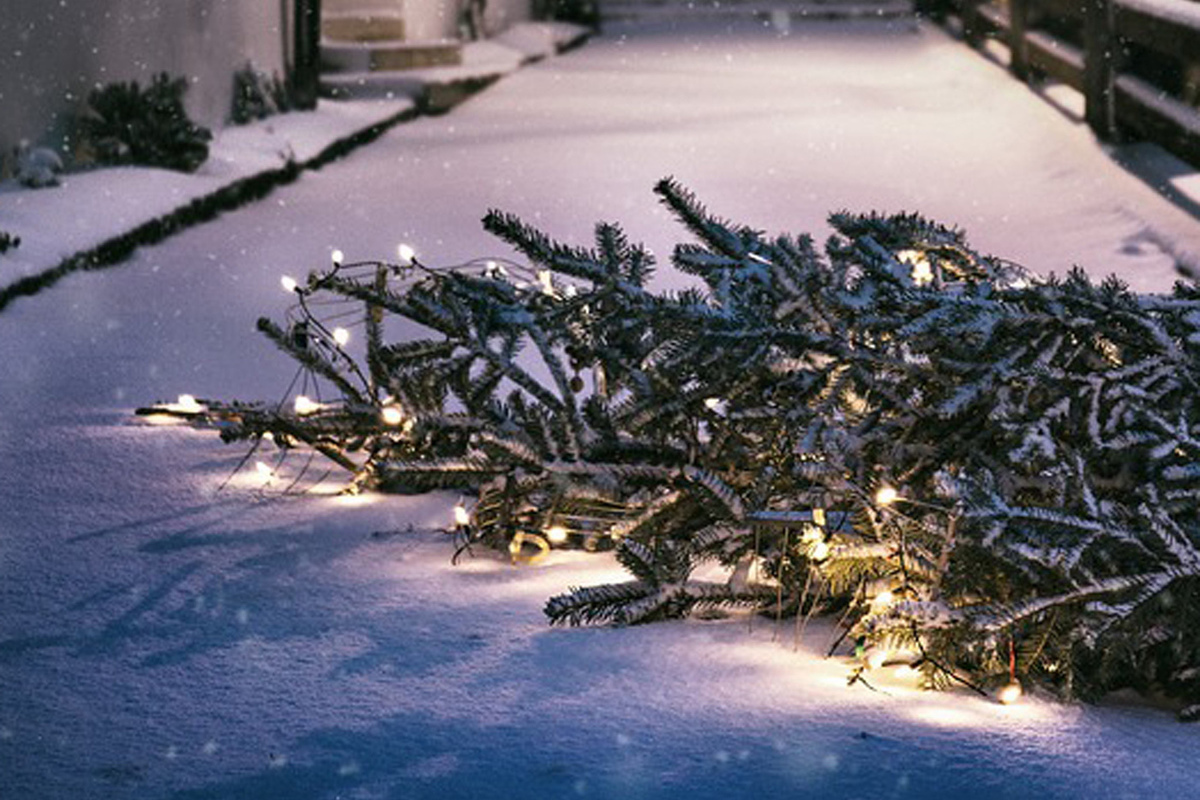 Insects are not dangerous for humans, but they harm indoor plants and can spoil food.

Muscovites were puzzled by the appearance of new New Year trees in the trash heaps – Nordman’s fir in tubs. After the New Year – it’s understandable, but before ?! The options were discussed: “someone got drunk or had a fight”, “the husband bought it, but the wife didn’t like it – threw it out, she was furious with fat”. Finally, a clue was found, and it turned out to be very unpleasant. The reason was seen in forest bugs, which in the warmth began to crawl out of a pretty Christmas tree.

“I ordered Nordman’s fir in a tub from a chain store, the tree was brought quickly, I was fascinated by the smell,” says Galina Borisova, a resident of the Savelovsky district. – I was happy for two days, I managed to dress it up, and on the third day the whole tablecloth under the Christmas tree was covered in small insects. I started looking on the Internet and found that they were bedbugs!

I was terrified – I remember bedbugs from my childhood, it was impossible to get them out. As a result, I put a Christmas tree on the street, and quickly packed the tablecloth in an airtight bag and will wash it at 90 degrees. Really firs do not undergo any processing, they are not sprayed from pests?

The problem has existed for several years. “Several times I found bedbugs under Danish trees and firs, even cut ones,” says Natalya Arutyunova, a resident of the Khoroshevsky district. – But I take this quite calmly, there are a lot of these forest bugs at the dacha, and if you walk through the forest for mushrooms in the fall, they will also end up in a basket with mushrooms. They seem to be harmless, so I’m not worried. I haven’t seen it this year ”.

A representative of a large retail chain that sells live New Year’s trees (including Nordman and Fraser firs in tubs) explained to MK that the supplier of the goods is responsible for the preparation of the trees, in particular, for the absence of insects dangerous for buyers on them, in other words, fir nurseries.

“In the overwhelming majority of cases, small insects, which may be on a Christmas tree or fir, do not represent a health hazard,” said dendrologist Lev Yakovlev. – You can encounter forest bugs, spider mites and several other species of insects living in the ecosystem of the coniferous forest.

Indeed, once in the warmth, they wake up and get out of the ground – as if spring had come. It is almost impossible to process trees in a nursery so that they do not have such insects at all – and if this were real, it would be necessary to use very powerful and environmentally toxic insecticides. That is why it is impossible to advise a means for “cleaning” a fir or Christmas tree from insects at home.

According to the expert, of all types of insects that live in the coniferous forest, only ixodid ticks – carriers of encephalitis and borreliosis – can be dangerous for human health. Their presence on fir sold in tubs is unlikely, but to be sure of safety, it is worth considering the region where the tree is supplied: regions endemic for encephalitis and borreliosis are at risk.

In addition, the dendrologist advises, a live Christmas tree should not be placed near indoor plants. In this case, the spider mite is likely to crawl onto the permanent flora of the room.

See an interactive map of the main New Year’s entertainment in Moscow and the Moscow region.