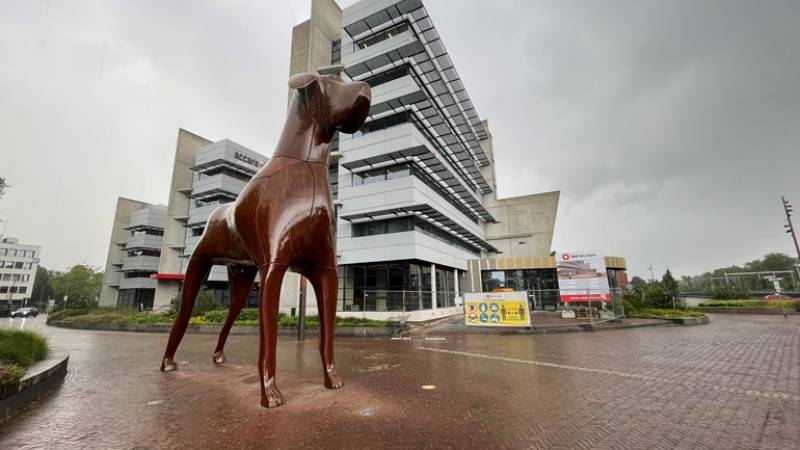 A visual artist goes to court because he does not agree with the way in which the municipality of Assen uses his meter-high work of art. Man has refurbished. According to him, there has been no consultation about this and his copyright has been infringed. Also, the work would look nothing like the original anymore. He now thinks the six-foot-tall wooden dog is “an ugly shiny brown chocolate dog”.

The work of artist QS Serafijn, made in collaboration with NIO Architecten, was unveiled on Animal Day in October 2018 in front of the new station building in Assen. It was initially a great success, writes RTV Drenthe. Tourists liked to take pictures with the dog, miniature versions of the work went on sale and there are several puppies of Man placed that form a children’s play route through the city center.

However, the artwork of accoya wood was quickly criticized. The picture quickly deteriorated. For example, there were unsightly lime stripes on it and a special resin layer that was supposed to protect the wood against weather influences came off.

According to the contract with the municipality, the artist and the architectural firm are responsible for the maintenance for ten years. But they put the responsibility back on the woodworking company that built and varnished the artwork.

See also  People in Switzerland have never been so anti-social