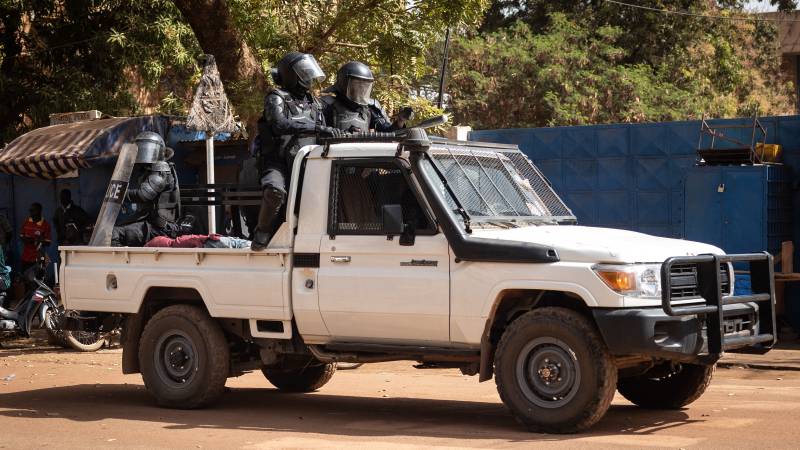 Mourning after wave of violence in Burkina Faso: ‘Terrorists went from house to house’

Three days of national mourning have been declared in Burkina Faso after a wave of violence in the northern city of Seytenga on Saturday evening. Soldiers have now counted 79 bodies. Authorities say at least 100 and possibly 165 have been killed.

It had been restless in the area in the days before. It started on Saturday with an attack on a police station, in which eleven officers were killed.

Houses, shops and a hospital were also set on fire. Thousands of residents have fled the region to surrounding villages and towns.

Responsibility for the violence has not been claimed. A local administrator has told the French newspaper Libération that he suspects that the Islamic State is behind it. That terror group is active in the region and is said to have a base near Seytenga.

In recent years, there have been more attacks in Burkina Faso that have been blamed on IS or al-Qaida. In the northeast town of Solhan, 160 people were killed by extremists in June last year.

At the beginning of this year, a coup was committed in Burkina Faso. The democratically elected president was ousted by soldiers, who promised more security. They received support from the population because there was a lot of dissatisfaction with the security situation.

“The military promised to make state security the number one priority. But it has only become less safe,” says Houttuin. “Terrorists have seized even more parts of the country.”

See also  The Nightmare for Parents of Kidnapped Children in Nigeria: "They Didn't Harm Anyone"

Steps have been taken. The new rulers want to enter into a dialogue with the terrorists and try to improve coordination within the army.

But so far this has done little. “When it took office, the military government asked the population until September to improve the situation. The question is whether this will have any consequences once the summer is over and the security situation has not yet improved.”