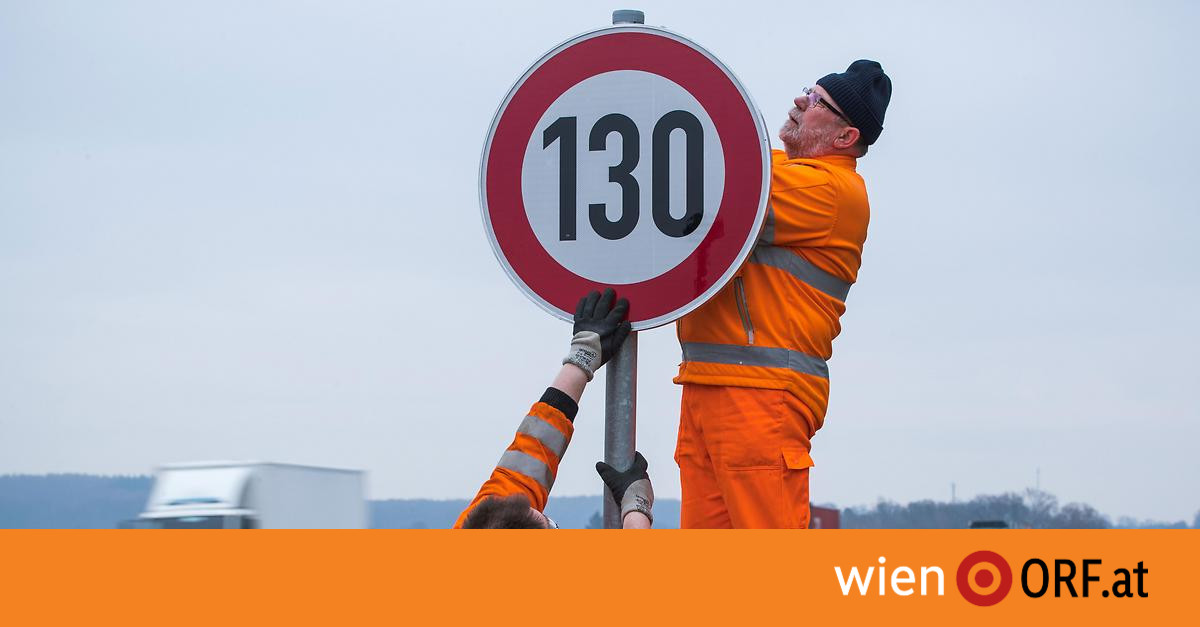 The study by the Road, Rail and Transport Research Society, in which representatives of the federal states and the Ministry of Transport were involved, as well as experts from the Vienna University of Technology (TU) and (BOKU), among others, calls on politicians to take action. According to the authors of the study, politicians should at least test these measures in terms of climate protection, energy saving and road safety.

For a year and a half, experts have collated and discussed data in the transport policy working group of the Society for Road, Rail and Transport. A result is now available that has majority approval.

The suggestion by the head of the study, Gert Sammer from BOKU: “The suggestion is that we reduce 130 km/h to 100 km/h on the motorways, generally go from 100 to 80 km/h on country roads, and generally to 30 km/h on non-priority roads in town. In this way On the one hand, we make an enormous contribution to the climate situation, secondly, a very good contribution in terms of road safety and thirdly, a very good contribution, also in terms of saving energy.”

Minister of Transport Leonore Gewessler (Greens) only rejected 100 km/h on freeways a week ago in order to save energy. When asked whether the demands now raised have a chance of being implemented, the head of the study and professor emeritus for traffic planning told Ö1 that he considered the speed limit to be “enforceable”. “If you start a broad discussion, because objectively speaking, there is actually nothing that can get past this solution. But it would be conceivable to try the whole thing for a year,” says Sammer.

Then it should be evaluated whether the expected results occur. Specifically, the experts expect energy savings and a reduction in CO2 emissions. “Overall, we have an immediate effect of around ten percent. With good monitoring of these speed limits,” said the professor. And Sammer confirmed a report in the “Kurier” that Tempo 80 on country roads would bring the most, at least as far as accident reduction is concerned.

Proposal controversial among other experts

Tempo 100 on highways is controversial with other experts. Ex-ARBÖ boss Lydia Nintz said it was more important that existing limits were observed. “As far as regulations are concerned, I don’t think much of doing 100 km/h on the motorways. But you have to think about whether to drive 80 km/h on country roads and federal roads – above all, to reduce accidents,” says Nintz.

The professor for road safety at BOKU, Ernst Pfleger, on the other hand said that no one could drive faster than 80 on winding roads. “But there is a network of state roads and the former federal roads, so speed limits are completely nonsensical, namely restrictions that go beyond what we have now, namely 100 km/h, because we have good roads here,” says the view by nurse.

However, study leader Sammer said that the facts – which would speak for the speed reductions – were doubted by almost none of the experts involved. Of course, there are some who would like to drive faster.

The green-led Ministry of Transport shares the expert position that lower speeds mean less noise, better air and more safety. But one only refers to the possibility of the federal states to prescribe lower speed limits on certain roads and the government program plans to make it easier for municipalities and cities to prescribe 30 km/h zones. But according to the Ministry of Transport, there would be no majority in Parliament for general speed reductions.

The ÖAMTC is explicitly against a general speed reduction, as the head of the legal department Martin Hoffer told Ö1. We think little of such reductions. But if someone wants to save energy and drive slower, they shouldn’t be denied that. But on the contrary. We also recommend that and also recommend setting up carpools, so drive less, drive more efficiently,” says Hoffer.

From the point of view of the Verkehrsclub Österreich (VCÖ), however, the speed reduction is a “very clever suggestion”. “If we look at those countries that have a high level of road safety, then we see that some of the country roads in Scandinavia even have a speed of 70, but Switzerland, for example, has a speed of 80 on open roads,” says VCÖ spokesman Christian Gratzer .