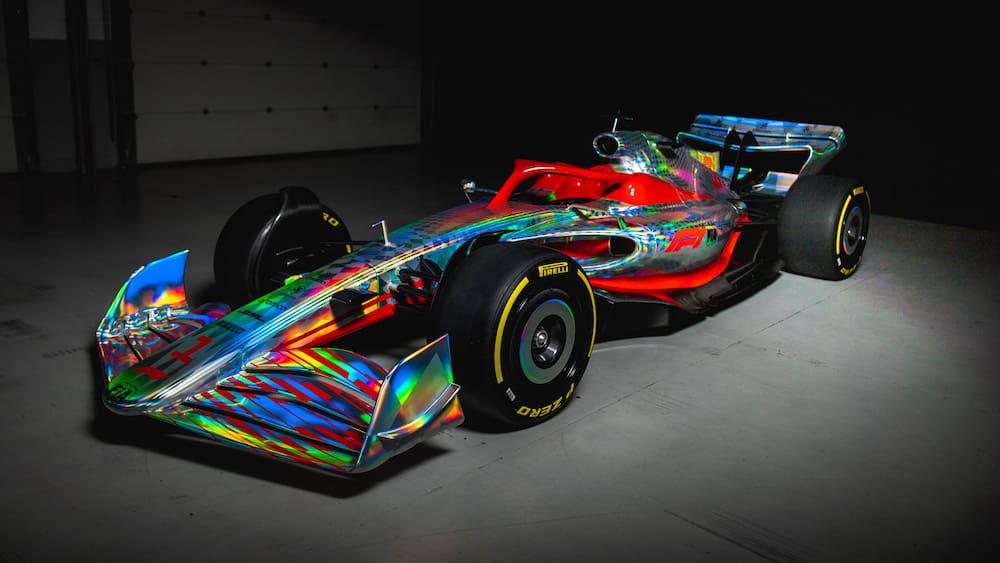 Aggressive racing, many wheel-to-wheel duels and equal opportunities for everyone: With great hopes and promises, Formula 1 presented a prototype for the 2022 season on Thursday. The new regulations will apply in the coming year. The aerodynamics of the racing cars are fundamentally changing and, above all, are becoming simpler.

This is to solve one of the big problems of Formula 1: With modern cars, it is hardly possible to drive up close. The reason is the complicated aerodynamics, which cause strong air turbulence behind the vehicles and at the same time make them very susceptible to unsteady air flow.

“The new rules address this problem,” says Formula 1 sports director Ross Brawn. “We create the conditions for closer duels.” The greatly simplified front wing plays a major role in this, and other highly complex elements are also being abolished.

The significantly larger 18-inch tires also increase the mechanical grip. The cars are then less dependent on aerodynamic grip. The regulations were drawn up in years of collaboration between the world association FIA and Formula 1. “It is the start of a new journey, a new philosophy, a new culture,” Brawn clarifies.

The changes will presumably slow down Formula 1 by several seconds per lap. At least that is what Nikolas Tombazis, technical director of the World Automobile Federation (FIA) expects based on the simulations that have been made over the past few years.

Industry giants are being slowed down

In addition to the racing, the championship is also expected to become tighter, and the budget ceiling came into force at the beginning of the year for this purpose. In the future, the teams will have the same resources at their disposal in the important development sectors, which will slow down the industry giants Mercedes, Red Bull and Ferrari.

The upper limit already plays a major role in the implementation of the new regulations. The use of many standard parts also makes the vehicles fundamentally cheaper. “The combination of the new aerodynamic regulations and the cost cap creates the conditions for a balanced championship,” says Brawn.

Boliden shine in a new design

There will also be a lot of visual changes in Formula 1 from the 2022 season. At the prototype event in Silverstone, there is a first insight into what the new cars should look like. What is immediately noticeable is the pulled down, wide nose that is directly connected to the front wing.

The rear wing is also changing, it is given a new shape and becomes a little smaller. The decisive element, however, is the underside of the bolide. As already mentioned above, this leads to innovations in aerodynamics.

The new Formula 1 regulations should actually have come into force last year. Because of the corona pandemic, it was finally decided to postpone the project for a year and only introduce the new rules from the 2022 season. (SID / fmü)