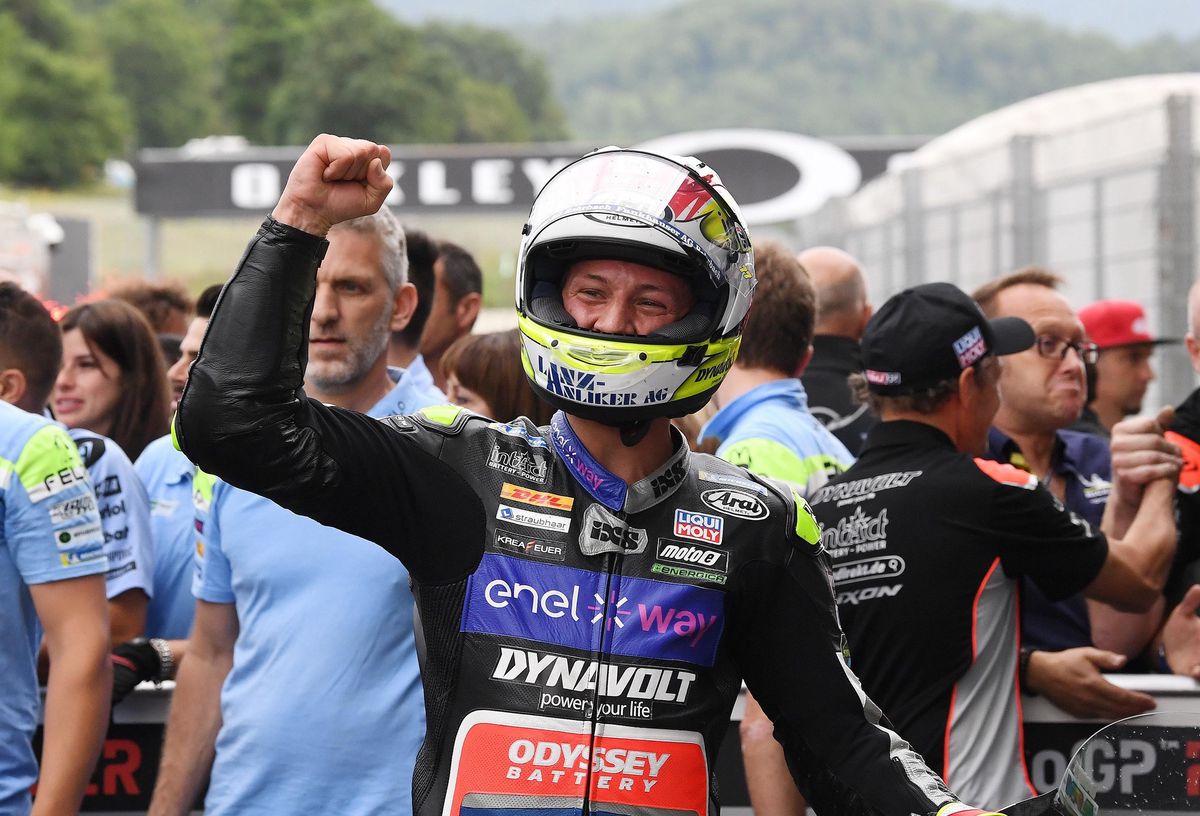 While in Mugello the Swiss consolidated his position as leader of the FIM MotoE Cup. the Spanish pilot will undergo a fourth operation on his right humerus.

Things came to a head on the Mugello circuit this Saturday afternoon: as the FIM MotoE Cup riders settled into the pre-grid, for the first of their two weekend races, Marc Márquez and Alberto Puig , the manager of the Honda team, held an extraordinary press conference.

If the eight-time world champion will participate in the Italian GP on Sunday, he will leave for Rochester (Minnesota) on Tuesday to undergo a fourth operation on his arm and right shoulder, injured as we remember in the year 2020 in Jerez de la Frontera: “If I was able to return to competition last year, I understood from winter testing that I still had not regained all my strength in the right side of my body; corollary, by wanting to spare my arm, I made too many efforts with other parts of my body, a kind of vicious circle. With my medical team, we contacted many specialists and Dr. Joaquin Sánchez Sotelo, after analyzing the exact state of my bones, offered us a new intervention. I won’t know until after the operation how long it will take for complete recovery, but I can imagine that it will take a long time,” admits Marc Márquez.

The storm, announced since the day before, came at the start of the afternoon, when the MotoGP riders were in their fourth free practice session, the one preceding the two qualifying phases. Qualifying that was going to start with rain tyres, before Brad Binder (KTM), then Jack Miller (Ducati) first tried the bet on slick tires, for dry track. It was the right choice, all the participants in this first part of qualifying were going to do the same, the last word going to Di Giannantonio (Ducati) and Marc Márquez (Honda), who at the same time obtained their ticket for the superpole.

Superpole which was going to be that of the thunderclaps, literally and figuratively: as soon as he entered the track, Márquez was ejected from his Honda, which caught fire. The red flag was presented to allow the marshals to clean the track. About fifteen minutes later, the show started again with a sensation: a 100% Italian and 100% Ducati front row – full hand, top 5 for the Borgo Panigale factory! – thanks to Di Giannantonio, Bezzecchi and Marini. Sixth on the grid, reigning champion Fabio Quartararo (Yamaha) will thus have five Desmosedici ahead of him in the race on Sunday. The other poles: Deniz Öncü (KTM) in Moto3 and Aron Canet (Kalex) in Moto2.

The streak continues for Dominique Aegerter, winner of his second race in a row of the season in MotoE, after an extraordinary last lap. Qualified in pole position, “Domi” was surprised in the first few meters, before finding himself at the head of a peloton which remained grouped most of the time. The positions on the long straight line of the Mugello circuit would change at each lap, the phenomenon of suction playing out. And this is how Aegerter, fifth at the start of the last round, found himself in the lead after a limit braking, limit at the end of this famous straight line.

Winner by 33 thousandths ahead of the Italian Matteo Ferrari, the Bernese strengthens his position at the top of the championship (20 points, now): “We arrived in the pits with the rain tires when, suddenly, someone said that he had to use the slicks. Problem, nobody knew the real state of the track”, smiles Aegerter. Who was still going to achieve a clear round, in such tricky conditions.