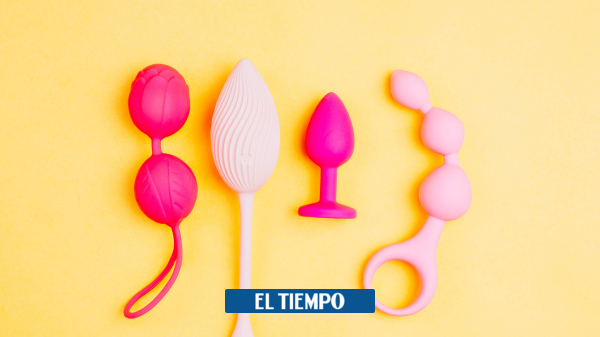 Most innovative sex toys, with the latest technology – Devices – Technology

Although there are still many social stigmas around this topic, the sexual wellness industry has increasingly increased its demand. For this reason, new items have been created that go hand in hand with the most advanced technology, in order to provide consumers with an unforgettable experience in their privacy.

According to the specialized finance magazine ‘Forbes’, the sexual wellness market represented 39 billion dollars (more than 148 billion pesos) of the world economy during the year 2017.

(Also read: Unfaithful Colombians: How much do they spend on their lovers per month?).

As ‘Forbes’ explained, it is speculated that by 2026 this industry will contribute 123 billion dollars (more than 468 billion pesos) annually to the world economy.

What are the best selling smart sex toys?

As for the ‘teledonics’, sex toys with state-of-the-art technology, they have made great advances that make these items more accessible and provide different options so that the user experience is much more pleasant.

What has most caught the attention of consumers have been the vibrators that can be connected to certain applications so that the movements and intensity of the item can be controlled from mobile devices.

The toy industry has been growing.

Likewise, there are now “smart” sex toys that can measure arousal levels, have temperature sensors and pelvic floor movement trackers. This in order to make the intimacy experience more precise and personalized.

The best selling toys on the market

According to two articles from the specialized web portal ‘She Knows’ and ‘Forbes’ magazine, these are the most sought-after ‘teledonics’ on the market and their characteristics:

(Keep reading: Tickling: the new sexual trend based on tickling).

This sex toy is designed to be used both as a couple and individually. It is also moldable, which means that you can adapt it to the shape of your body to have a more personalized and pleasant experience.

In addition, it is rechargeable via a USB port and is waterproof, so you can also use it in the shower or bathtub. The item is priced at 189 dollars (719 thousand pesos).

We Vibe Sync, the latest sex toy from the We Vibe brand.

This toy has body temperature sensors and evaluates the movement of the pelvic floor, which helps indicate how arousal levels and orgasms behave during sexual activity. Lioness is priced at 229 dollars (871 thousand pesos).

(Be sure to read: Get to know the best-selling sex toys in Colombia).

SATISFYER CURVY 2 + – BLANCO — SATISFYER 'CURVY 2+'
What began back then with the paradise of Eva’s bite into the forbidden apple now culminates thanks to Satisfyer with the new Curvy 2+, the sweet sin of the class… pic.twitter.com/rUQg9YsLQg

As its name suggests, this device is designed to train and strengthen the pelvic floor, which It not only benefits sexual stimuli, but also helps prevent diseases such as urinary incontinence.

It is ideal for women who have recently given birth and want to regain the strength and stability of their pelvic floor. Elvie Trainer is controlled from a mobile platform that records the progress of the workouts.

In addition to helping with the health of the female reproductive system, it has vibrations that will give you a very pleasant experience. The article is valued at 193 dollars (734 thousand pesos).

The Chinese woman who rose from her coffin to prepare dinner.

The ‘bum’ who became a math genius after being lynched.

The girl who was born without a face, was given hours to live and survived 12 years.

Blanche Monnier, the young woman who lasted 25 years kidnapped by her family.

Madame Tussaud: the macabre origin of the most famous wax museum in the world.