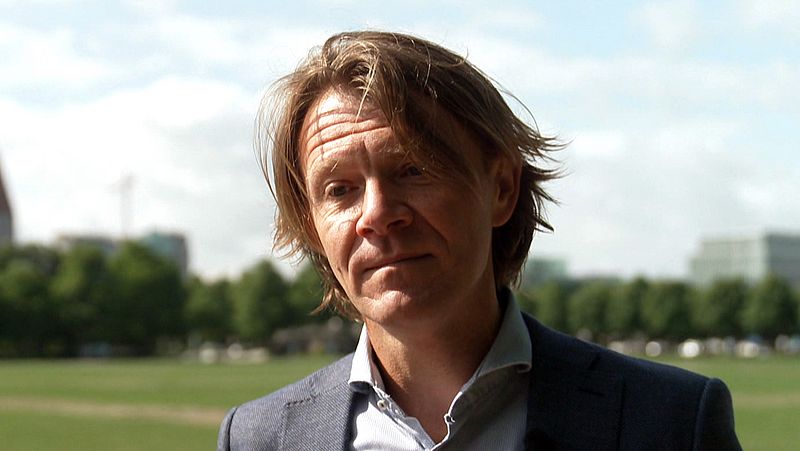 ‘Most influential man in the Netherlands’ Kim Putters says goodbye with concerns: ‘Reducing inequality is not possible’

After 9 years, Kim Putters is leaving the SCP, the organization that provides the Netherlands with figures and explanations about social developments. He is not reassured: “Confidence in the functioning of the democratic constitutional state is under pressure.”

It sounds like fairly dry fare: collecting enormous amounts of figures and statistics about the most diverse social developments. The Social and Cultural Planning Office (SCP) is involved in this. The bureau translates information about important social trends into concrete advice for politicians and policymakers.

‘It is not possible to reduce inequality’

And that is far from boring, says outgoing director Kim Putters (48). “Our studies over the past few years have shown time and again that there are persistent dividing lines and inequalities in society.”

And Putters is very concerned about this: “Despite the intention to reduce inequality, it is not possible. This inequality of opportunity is not only about more education, the causes may also lie in poverty or debt.”

The SCP investigates how the Dutch are doing in the field of work, health, sport and culture. “Our studies are often large-scale. For example, we work with online surveys, telephone interviews and panel discussions to find out what people find important.”

Putters’ mission was to press politics with the nose on important facts. For example, he warned early on about impending problems in healthcare, and also about the growing gap between rich and poor in our country. But the question is whether politicians listened to him enough.

At the table with Mark Rutte

The director of the SCP sat at the table with Mark Rutte every week. “We are trying to make the voice of citizens heard there and to really look for explanations.”

“That is more than just mentioning numbers that say ‘so many percent are for or against’. We are looking for the ‘why?’. What makes people say ‘it has to be very different’, what are people angry about?”

‘Corona crisis has made clear how dire the situation is’

For 9 years now, Putters has been calling on the government to reduce the inequality of opportunity, so far with little effect. “The corona crisis has made it painfully clear how dire the situation is for many people. If you only have a temporary job, for example, or are a lonely elderly person, without a caregiver.”

“Children who fall behind because they do not have a computer at home. I hope that politics, partly due to corona, has started to see that it really needs to go a bit further.”

Despite the fact that he sometimes felt like a voice crying in the desert, Kim Putters was named number 1 of the 200 most influential Dutch people for 2 years in a row by the Volkskrant.

“Week in, week out I have said to the cabinet: ‘If you do this, also take this group of people into account’. I do not know whether that is influential. But it would be worse if that voice were not heard at all. Sometimes I had a difficult message, but that’s what I was ordered to do.”

See also  Institute of Providence in Anderlecht: a person threatens a professor with an alarm gun

According to Putters, effective government policy that really tackles the problems requires much more empathy and cooperation: “If we want a society that is more inclusive and sustainable, then the perspective of citizens must be more emphatically reflected in policy. Otherwise, confidence in the functioning of the Dutch democratic constitutional state will come under further pressure.”

He will keep to himself what Kim Putters will do after his departure from the planning office. “At least relax for a while”, he lets go of that much.

Kim Putters is leaving the Social and Cultural Planning Office after 9 years. “Confidence in the functioning of the democratic constitutional state is under pressure.”