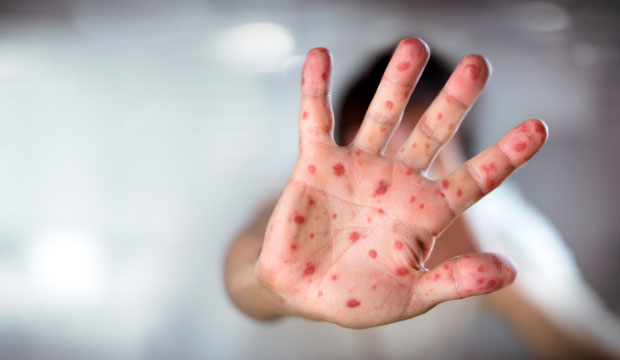 Morocco spared thanks to vaccination

Lessed cases of measles around the world have increased by 79% during the first two months of 2022 compared to the same period in 2021. This is the dizzying observation drawn up by the WHO and UNICEF, who say they fear a serious measles outbreak this year.

In a joint statement made public on April 27, the two UN agencies specified that 17,338 cases of measles were recorded worldwide in January and February 2022, compared to 9,665 in the first two months of the previous year, which, according to the same source, leads to an increased risk of the spread of vaccine-preventable diseases.

A potentially fatal disease, measles represents a significant danger, especially for children under the age of five. By weakening the immune system, the measles virus can in some cases cause complications, thus causing inflammation of the brain or even pneumonia.

Measles is also an extremely contagious viral disease. This is why vaccination remains the only safe and effective way to fight the epidemic. Immunizing against three infections at the same time, namely measles, mumps and rubella, the MMR vaccine given in two doses confers protection for several decades.

Indeed, the current explosion of measles cases is, according to said international organizations, due to the disruption of health systems linked to the pandemic, all over the world, which has led to an exceptional intensification of inequalities in access to vaccines.

At the national level, Dr. Moulay Said Afif, president of Infovac-Morocco and pediatrician, assures that thanks to the National Measles Elimination Strategy, the Kingdom is not one of the countries affected by this outbreak of cases. “During the confinement, the Moroccan Pediatric Association in collaboration with the regional pediatric associations in Morocco sounded the alarm about the disruption of the measles vaccination operation following which the vaccination coverage rate is dropped, in the space of a month, from 95% to 63%. We then launched an awareness campaign to ensure that measles vaccination continues despite the restrictions put in place to stem the spread of Covid-19,” he said.

“Thanks to catch-up campaigns, the vaccination coverage rate has increased from 63% to 93%. Remember that through the organization in 2013 of the national campaign against measles and rubella, more than 10 million children aged between 9 and 19 were able to receive their vaccine. As a result, Morocco currently registers very few cases of measles”, concludes Dr. Afif.