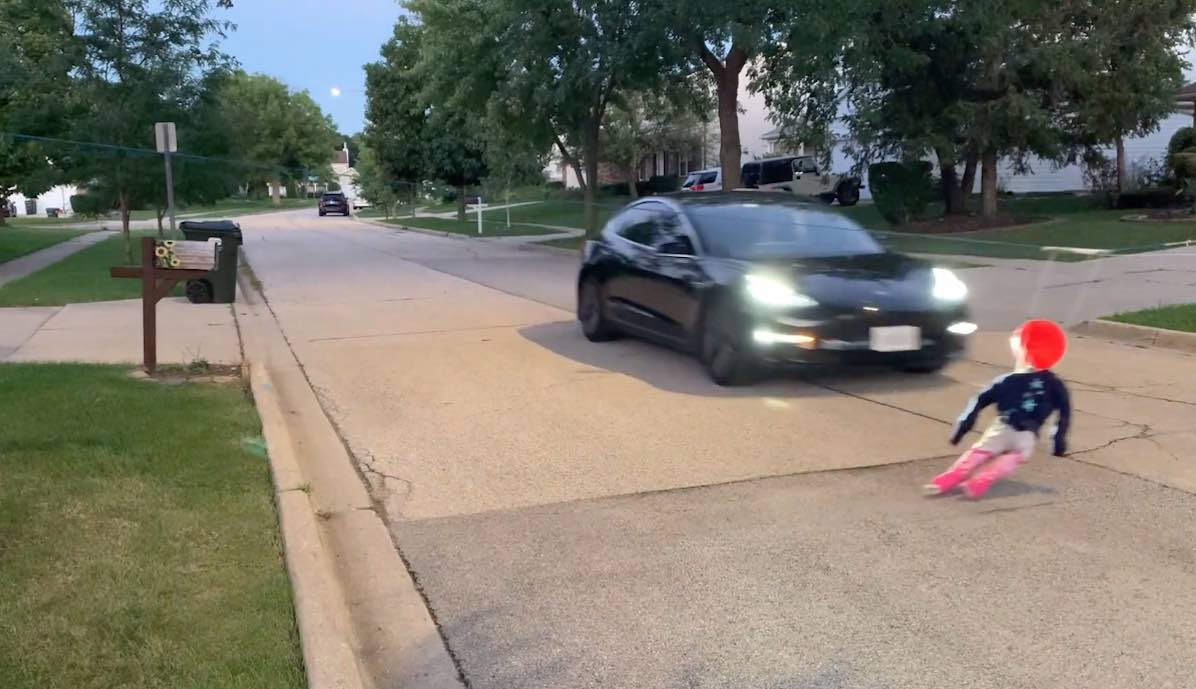 Probably as requested, a video by California software entrepreneur Dan O’Dowd caused a stir this week. After entering the Senate primary campaign in April with a TV campaign against the beta test of Tesla’s latest autopilot software FSD and being eliminated in June, he offered a sequel on Tuesday, also at his expense will be shown on television. In the test presented as scientific, a Tesla Model 3, said to be in FSD mode, drives three times over a small children’s dummy standing in the middle of the road. Several Tesla owners suspected tampering, and there were at least signs of irregularities in the test. But in two of their own tests under similar conditions, their electric cars didn’t stop either.

With a good 9,000 followers on Twitter and, according to his profile, 6 replies from Elon Musk, @MFrunker is one of the most famous people in the Tesla world – recently, for example, he attracted attention with a self-programmed dating test for friends of the brand. However, he does not show himself as a blind follower, but for example lists on his website how long and when Elon Musk, CEO of Tesla, promises autonomous driving.

Still, it looked like @MFrunker might be a little worried about falling out of favor after releasing his latest video. “Don’t shoot the messenger,” he wrote on Twitter on Friday, starting the post itself with a big warning that he doesn’t want to be blamed for what his car does or doesn’t do, followed by the words “I am” a big Tesla fan.” Right after, you can see the reason for this caution: @MFrunker made a figure with a child’s face painted on cardboard and put it on the street, and his Tesla Model 3 under FSD control simply ran over this “Box Boy” .

“FSD Beta brakes and then accelerates to kill Box Boy,” is shown at the end of the short video with a smiley face in tears. The Tesla tester described similar behavior to O’Dowd based on the information on these FSD tests. In @MFrunker’s case, even his popularity in the community could not completely prevent his result from being doubted. One point of criticism was that one could not tell if he was not accelerating himself, but other commentators defended him as believable.

In fact, another YouTuber had the same idea with more or less the same result. On Thursday, the small channel TechGeek Tesla published a video with a similar test, in this case with a dressed child with a balloon head and his real daughters as helpers. The largest of them pulls the doll across the road at track height on a pre-tensioned rope, and TechGeek’s Model 3 also drives straight up against it, in this case even without pre-braking.

He is very much for Tesla, explains the moderator after these photos, but the company still has work to do here. His doll is similar enough to a real child that he believes the test is valid and hopes Tesla will see it and act on it. In this case, the complaint was that his test object was too easily recognized as artificial by the autopilot software. Meanwhile, @WholeMarsBlog, an even more famous Tesla fan than @MFrunker, persisted in his plan to repeat the FSD test that O’Dowd allegedly failed every time, with a real child. Everything is prepared for this Saturday and the mother is there, he announced – but still want to use a puppet at least in the beginning.