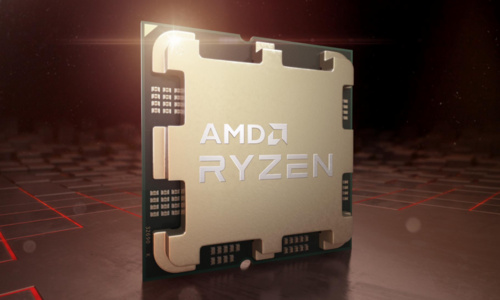 AMD’s Robert Hallock has released some more details about the upcoming Ryzen 7000 processors. TechPowerUp asked AMD’s Technical Marketing Director about this, as the company’s presentation at Computex lacked depth.

Robert says that the top model of the 7000 series will have 16 cores (32 threads). As mentioned in the presentation, the speeds of the CPUs will exceed 5 GHz, and while he couldn’t make any promises about the expected overclock speeds, the processors could easily reach 5.5 GHz. Whether the new Ryzen series also has 3d v-cache is not yet known; AMD would certainly still have plans for the future with the technology.

Robert also says that AMD is going all for DDR5. Zen 4 will not support DDR4 memory. The idea is that ddr5 will be standard for the entire life of the AM5 socket, and it hopes to keep memory prices low as well. Ryzen CPUs are already known to benefit from higher memory speeds, which will be no different for the 7000 series.

TechPowerUp also asked about the new design of the heat spreaders. According to Robert, the notches are intended to maintain compatibility with AM4 coolers. Where AM4 sockets had space in the middle for capacitors, this is no longer the case with AM5. There was no room under the heat spreader either, so instead of enlarging the heat spreader, they opted for this new design. Coolers for AM4 could therefore in principle also be used for AM5 processors.

According to Robert, AMD is still a bit hesitant at the moment with the exactly expected performance gains of the new Ryzens. We should hear more about this later this summer. The entire interview with Robert Hallock can be read at TechPowerUp.