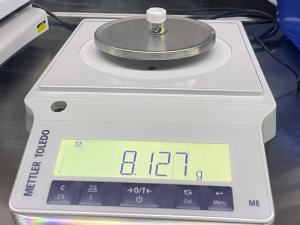 The lunar soil contains materials for making catalysts for the electrolysis of water. This was discovered by researchers Yingfang Yao and Zhigang Zou from Nanjing University http://www.nju.edu.cn when they analyzed soil samples brought to earth by the Chinese space probe “Chang’e 5”. The oxygen could be used to supply lunar settlers with breathing air, and the hydrogen directly as an energy resource or for the production of fuel. To do this, the carbon dioxide that the settlers breathe out would have to be collected and reacted with the hydrogen. The electrical energy required for the electrolysis is to be supplied by solar modules.

The water needed for the process is said to be obtained from the settlers’ breath and from ice that covers the moon’s poles and is also found in places that are permanently shaded. “We use in situ resources to minimize the rocket payload, and our strategy provides a scenario for a sustainable and affordable extraterrestrial living environment,” says Yao. The system is to be tested on China’s space station, which is currently under construction.

So far, scientists have proposed many strategies for extraterrestrial survival. But most designs require energy sources from Earth. For example, NASA’s Perseverance Mars rover brought with it a device that can use carbon dioxide in the moon’s atmosphere to make oxygen. But it draws its power from an onboard plutonium battery.

“In the near future we will see manned spaceflight developing rapidly. Just like the age of sailing in the 1600s, when the number of ships quickly grew to many 100s, we are entering an age of space. But when If we want to explore the extraterrestrial world on a large scale, we need to think about ways to reduce the payload, which means relying on as few supplies as possible from Earth and using extraterrestrial resources instead,” Yao said.