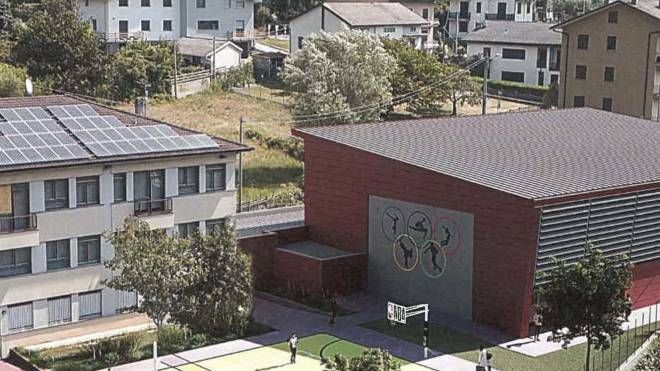 Montagna in Valtellina, the new green gym is a reality – Chronicle

“We still can’t believe it. We participated in the tender for the construction of the lecture as part of the funding of Pnrr a few months ago, and we were at the very top in the ranking of the allocation of funds. We didn’t have high hopes and instead we made it. The gymnasium will be made … “The mayor of is struggling to contain the joy Mountain in Valtellina , Barbara Baldini for the important result obtained: on February 26 the application was forwarded and now there is the official provision of two million euros which will allow construction in the Montagna al Piano area. “It will be connected to the school building” Camilla Cederna “, our primary school – emphasizes Baldini – but at the same time it is independent from the complex. The gymnasium alone will have an area of ​​about 600 square meters, but the total of the affected area, including the changing rooms, is one thousand. It will be used not only for students, but also for common citizens and the very active sports associations of the country. It will include land now used as a park games for children which will be sacrificed for the important work and will then be remade elsewhere. Let’s fill a ten-year gap. In fact, we do not have similar municipal structures. It is the first ever. The municipal technician, Paola Pedrolini, took care of the dossier necessary for the completion of the specific form, while for the design aspect we relied on the Inarcstudio studio in Morbegno of the architect Roberto Rabbiosi and the engineer Matteo Ciappini. The times of realization? We hope we can start with the works in March 2023: the project also requires the opinion of various bodies, such as the Coni and the Fire Brigade “.” The main feature will be energy sustainability – explains architect Rabbiosi – only possible with use of renewable energy sources and with a highly performing building organization in terms of energy efficiency. It will be built with materials that respect the Cam (minimum environmental criteria) and mainly in steel, wood and glass. It is equipped with courts for the game of basketball and volleyball “.

See also  Covid-19. The WHO mentions "a possible link" between vaccination and the onset of tinnitus - France Live