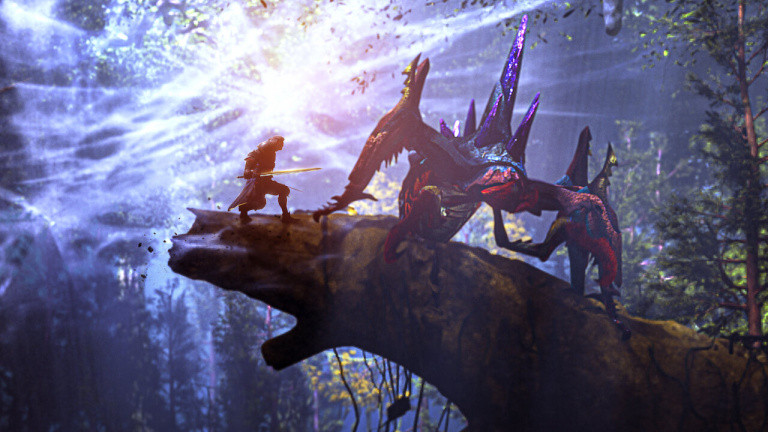 It’s been 3 years since the animated film Monster Hunter: Legends of the Guild, was announced on Netflix. Very discreet since, the production is back with a trailer but also a release date.

Monster Hunter : Legends of the Guild est un 58 minute film directed by Steven F. Yamamoto, who finds himself behind the camera for the first time. This is a way of speaking, since unlike the film by Paul W. Anderson, it is a Animation Film more or less linked to Monster Hunter 4 and Monster Hunter World, since we will find there Ayden, a young hunter already seen in both games as an NPC. From August 12 next, subscribers will be able to see him cut his teeth and face an ancient dragon having decided to migrate and threatening in fact the inhabitants of the region and the native village of our hero.

The trailer doesn’t say much about the script, but we do see a Deviljho and a Congalala, as well as several weapons present in the license. The license codes seem to be respected, whether in terms of environments, armor, and the way monsters move. But whatever happens, with this production, Netflix and Capcom maintain the very good current momentum of the license, which has been enriched with two titles this year: Monster Hunter Rise and Monster Hunter Stories 2: Wings of Ruin. The first has already elapsed at more than 7 million copies, while the second is already at more than 137,000 units sold in Japan. The failure of the Paul Wes film. Anderson therefore does not appear to have reduced player interest.