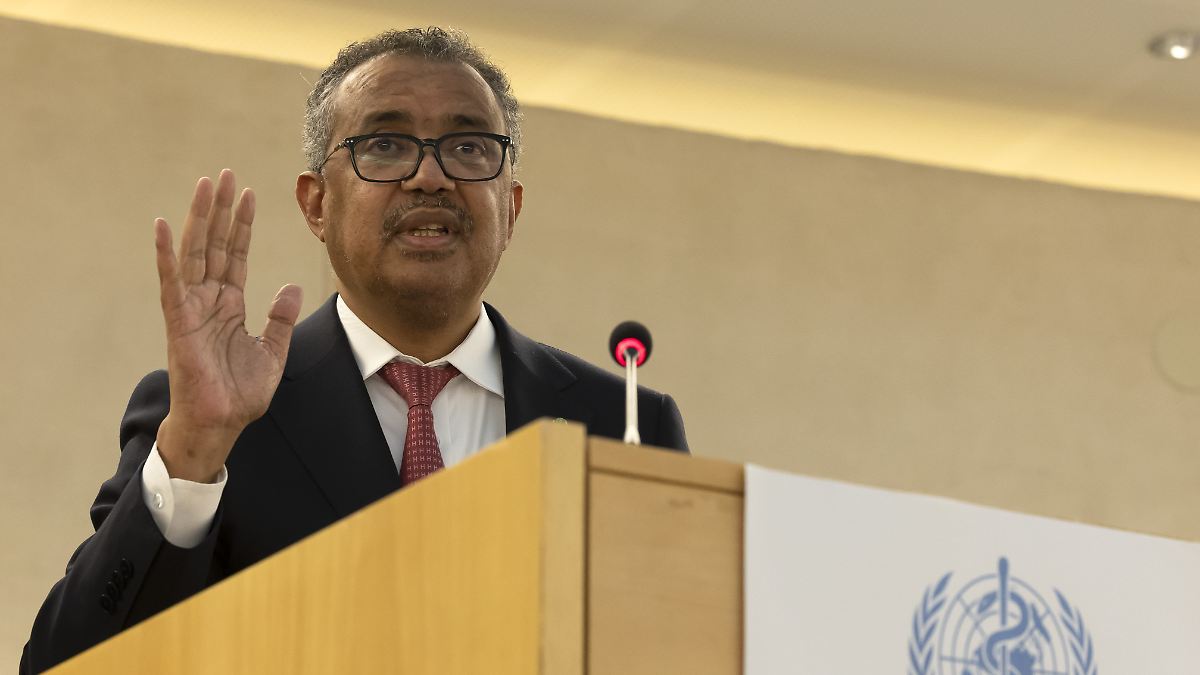 Virus is behaving unusually
WHO convenes emergency committee over monkeypox

Is the large number of monkeypox cases worldwide now a “health emergency of international concern”? The WHO Emergency Committee decides on this. Meanwhile, the first 20,000 doses of vaccine should arrive in Germany tomorrow.

WHO chief Tedros Adhanom Ghebreyesus has convened the emergency committee for next week out of concern about the increasing number of cases of monkeypox around the world. The panel is to decide whether – like Corona – it is a “health emergency of international concern” (PHEIC). The emergency committee is scheduled to meet on June 23, according to the World Health Organization (WHO).

As of Tuesday, the WHO had reported more than 1,600 cases of monkeypox worldwide and nearly 1,500 suspected cases from 39 countries. 32 of those countries had no known cases before May. So far, 72 deaths have been reported from African countries. The WHO is investigating a possible death from monkeypox from Brazil, Tedros said.

The declaration of emergency is the highest level of alert that the WHO can impose. Such a declaration has no direct practical consequences, but is intended to wake up the member countries. An emergency has been in effect since the end of January 2020 due to the Sars-CoV-2 coronavirus.

More than 50 percent of German “monkeypox” cases in Berlin

The WHO’s concern relates to three areas, said Tedros: the virus is behaving unusually, more and more countries are being affected and a coordinated response is therefore necessary. However, Tedros emphasized that the experts on the emergency committee are looking at the problem and have not yet decided whether they consider it necessary to declare an emergency.

For Germany, the Robert Koch Institute reported 229 cases in the morning – after around 190 the day before. Furthermore, there are no known cases in women and children, said an RKI spokeswoman. According to the institute, eleven federal states have reported those affected by the viral disease. There are particularly many in Berlin, where 142 cases were registered as of Monday.

Meanwhile, the Federal Ministry of Health announced that it was expecting a delivery of smallpox vaccine on Wednesday. The federal government makes the vaccine available to the federal states, said a ministry spokesman. “The countries organize vaccination and distribution.” It’s about 40,000 doses of vaccine. Initially, no information was given on the exact distribution key.

Federal Minister of Health Karl Lauterbach recently announced that the vaccine would be available on June 15th. The concept of vaccination is currently being prepared. At the end of May, Lauterbach stated that in addition to the first 40,000 units, 200,000 cans were expected at a later date. The Standing Vaccination Commission (Stiko) had already given details of the planned vaccination recommendation last week, which is aimed at certain groups.

See also  Patricia Bullrich, Rodríguez Larreta and Mauricio Macri saw each other at a wedding