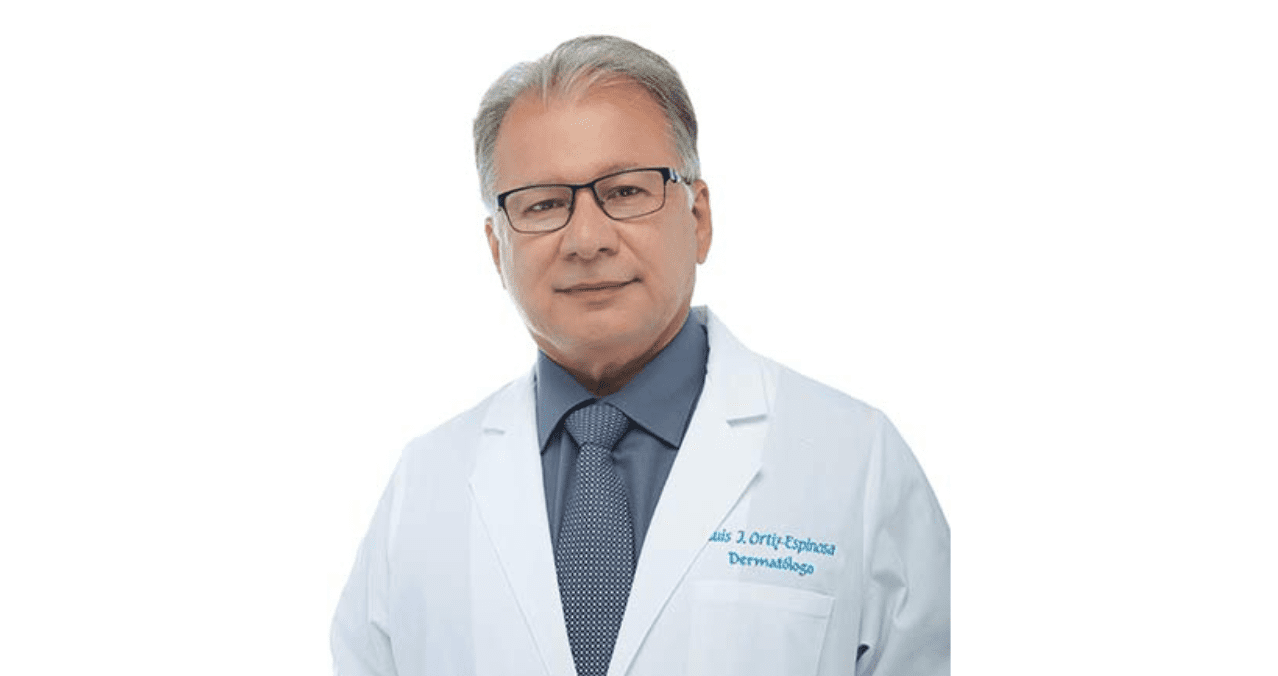 “Monkeypox lesions on the skin are not permanent” Dr. Luis Espinosa

The dermatologist stressed that monkeypox lesions are not permanent and do not last for years, so they naturally disappear without treatment.

Dr. Luis Espinosa, past president of the Dermatological Society of Puerto Rico. Photo: archive of the Journal of Medicine and Public Health.

The monkey pox can generate multiple symptoms characteristic of a viral disease, however, the skin lesions they are a differentiating factor that allows recognizing the condition.

About this, Dr. Luis Espinosa, past president of the Dermatological Society of Puerto Rico, spoke with the Journal of Medicine and Public Health about the main effects of the Monkeypox Virus on the skin of patients and their long-term consequences.

“It is important to take into account the incubation period from when one is exposed to when it shows manifestations, it is estimated that it can be from 4 to 23 days, that is, it can be extensive and present symptoms of monkeypox 3 weeks after being exposed. “, affirmed the dermatologist.

He also emphasized that doctors and dermatologists can identify the risk factors that the patient has, such as: recent travel, exposure to multiple unknown people or symptoms such as generalized pain, fever and skin rashes. “These viruses do not follow a pattern of symptoms of the skinHowever, it is quite common for monkeypox to develop reddened rashes, of different sizes and located on various parts of the body,” he added.

In the case of having the suspicion of a person with monkey poxthe specialist recommends that the confirmatory PCR test be carried out, which is carried out by the laboratories of the Island’s Department of Health, in order to identify the virus early.

See also  How Strengthening Muscles Helps Have a Long-lived Brain

On the other hand, it suggests that clinically the dermatologist based on the patient’s history and the symptoms that he/she presents, a possible case of monkeypox should be suspected, in addition to ruling out other conditions such as those caused by sexually transmitted diseases that generate skin lesions and cause pain and inflammation.

In addition, he stressed that “monkeypox lesions are not permanent, they do not last for years, although what they can last are the scars, but the lesions are maturing, drying even naturally without treatment and after a few weeks it can be 2 to 3 weeks, they form a scab and go away. The erythematous rash, which can be quite diffuse or generalized, tends to last less and disappear faster than pustular lesions” explained Dr. Espinosa.

Despite this, he states that there is a general concern in the Puerto Rican population, because they consider that any outbreak in the skin It could be monkeypox. Given this, it indicates that monkeypox has low mortality compared to human smallpox, which has a mortality of more than 30% and with the efforts of vaccination it could be eradicated.

“Human smallpox was very disfiguring, there were multiple and painful lesions, with a very high mortality,” he said.

The monkey pox generally presents rashes similar to those of chicken pox and different STDs, “it is expressed with lesions that we call vesiculo-pustules, papules that can have a vesicle with pus or without pus, they can be from small to quite large and one distinguishes them because they are well painful” he detailed.

See also  COMPRESSANA at the expopharm 2022

He also explained that people can have lesions even in the scalp area, they can be accompanied by a reddish rash, which is erythematous. “In that aspect, the rash may not be very specific, but it is painful and that is part of the picture of monkeypox, which of course, if they are large lesions when they heal, can leave scars“.

In addition, he stressed that in Puerto Rico, most cases of monkeypox have occurred in adult men who have traveled or have had multiple sexual encounters, the latter an important risk factor identified by health authorities.

There is also the factor of social stigma that patients diagnosed with monkeypox may have, since when they present skin rashes, they can avoid going to the doctor or being diagnosed, “the important thing is that you have to seek early help, because early intervention in any medical condition decreases the adverse effect of those skin lesions long-term”.

Finally, he stressed that it is necessary to differentiate the conditions to apply the correct treatment and prevent the patient from suffering complications internally, such as damage to internal organs caused by viral infections, and externally in the damaging effect on the skin.

“The important thing about this condition is to identify it in time, like any viral disease, it must be treated, to avoid its possible complications and consequences,” the specialist pointed out.