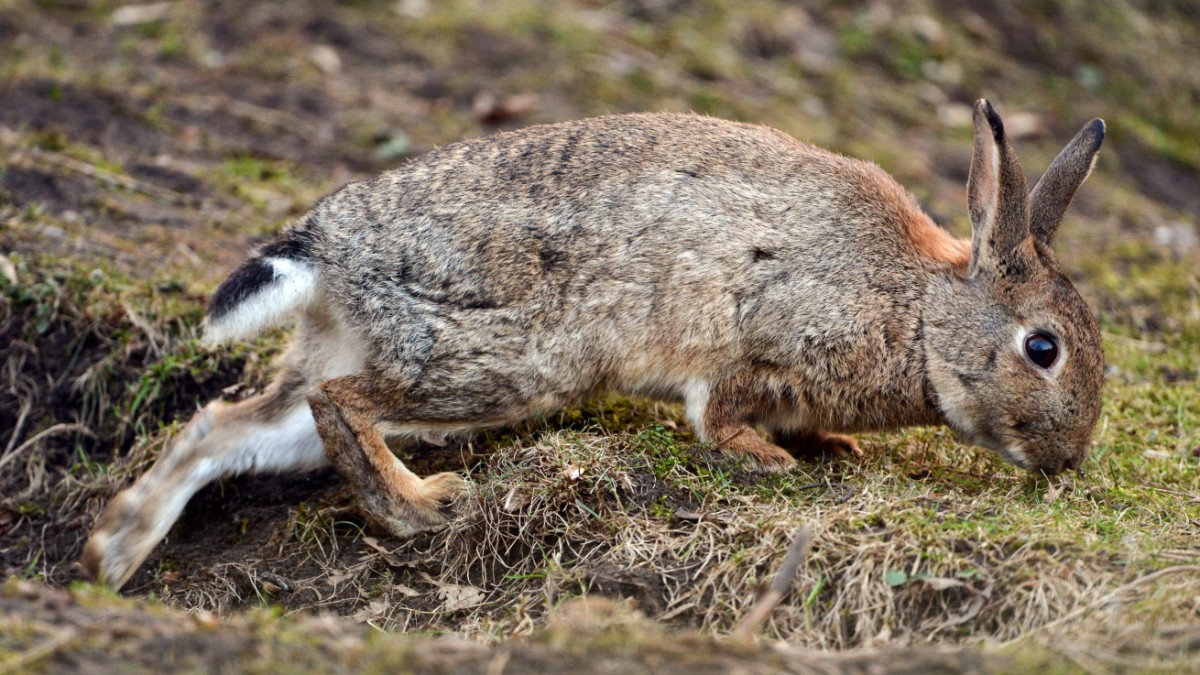 Eleven days after being bitten by one of her prairie dogs, a three-year-old girl in Wisconsin became the first person to contract monkeypox outside of Africa in May 2003. Two months later, her parents and 69 other people in the United States had suspected or confirmed cases of such an infection. The monkeypox virus is endemic to parts of Africa, and rodents imported from Ghana had apparently infected captive prairie dogs from North America when a pet dealer in Texas housed them together.

At that time, the pathogen was quickly stopped. The situation is different in the current outbreak. It’s affecting more people outside of Africa than ever before – more than 2,600 cases across multiple continents, many of them men who have sex with men. The outbreak’s size, too, has opened up an opportunity that has researchers cringe: The monkeypox virus could become permanently established in wildlife outside of Africa, creating a reservoir that could lead to repeated outbreaks among humans.

There is currently no known animal reservoir outside of Africa. But the 2003 outbreak was arguably a close affair — mostly because almost 300 of the animals from Ghana and the abandoned prairie dogs were never found. “We narrowly missed monkeypox becoming established in a wildlife population in North America,” said Anne Rimoin, an epidemiologist at the University of California, Los Angeles, who has been studying the disease in the Democratic Republic of the Congo for a long time.

However, surveys of wild animals in Wisconsin and Illinois have never found the monkeypox virus, none of the people infected passed the disease on to other people, and worries about this exotic outbreak are long gone. Will the world be as lucky this time?

See also  Covid-19: what has medicine learned about the pandemic?

Giant anteaters, orangutans and chimpanzees fell ill in a 1964 outbreak at a zoo in Rotterdam

Viruses often jump back and forth between humans and other species. Although it is widely believed that Sars-CoV-2 jumped from a bat to humans via another host, humans have also infected white-tailed deer, mink, cats and dogs with the coronavirus in “reverse zoonoses”. In a study in Ohio, antibodies against Sars-CoV-2 were found in more than a third of 360 wild animals examined. And in past centuries, as humans brought plague and yellow fever to new continents, these pathogens formed reservoirs in native rodents or monkeys, which later infect humans again.

As the monkeypox outbreak spreads worldwide, the virus has an unprecedented opportunity to establish itself in non-African animal species. From there, the pathogen could switch back to humans and would have more and more opportunities to develop new, perhaps more dangerous variants. “Monkeypox reservoirs in wildlife outside of Africa is a scary scenario,” said Bertram Jacobs, a virologist at Arizona State University in Tempe.

Public health officials in several countries have advised people with monkeypox lesions to avoid contact with their pets. About 80 percent of the cases so far have been in Europe, and the European Food Safety Authority (EFSA) said no domestic or wild animals had been infected as of May 24. However, the agency added that “close collaboration between human and veterinary professionals is required to treat exposed pets and prevent the disease from being transmitted to wild animals.”

The possibility that people infected with the monkeypox virus could transmit it to wildlife outside of Africa “raises serious concern,” says William Karesh, a veterinarian at the EcoHealth Alliance. For now, Karesh said the chance is still low due to the limited number of human cases. Of particular concern, however, were rodents kept as pets, as well as the large numbers of wild rodents, which often scavenge waste and could become infected through contaminated waste.

The African reservoir for the monkeypox virus has yet to be precisely determined. So far, the virus has only been detected in six wild animals captured in Africa: two red-shank squirrels, a Gambian rat, a shrew, a target rat and a sooty mangabey monkey. Antibodies to the monkeypox virus are most commonly found in African squirrels. “We still don’t know much about the current reservoir other than rodents,” says Grant McFadden, a smallpox virus researcher also at Arizona State University.

“Smallpox viruses by and large stand up and fight”

However, it is clear that monkeypox can also infect many other animal species in the wild and in captivity. A 1964 outbreak at a zoo in Rotterdam killed giant anteaters, orangutans, gorillas, chimpanzees, a gibbon and a marmoset. Researchers have intentionally infected laboratory animals such as rabbits, hamsters, guinea pigs and chickens.

In many viruses, surface proteins that can couple to receptors on the host cells determine which animals the pathogen can infect; the spike protein from Sars-CoV-2, for example, attaches to the ACE2 protein, which is found on a variety of cells in humans, mink, cats, and many other species. However, poxviruses do not appear to require specific host receptors, allowing many of them to infect a wide range of mammalian cells. David Evans, a smallpox virus researcher at the University of Alberta in Edmonton, notes that Vacciniathe smallpox vaccine virus, can infect fruit flies in addition to cows and humans.

However, whether a poxvirus can thrive in an infected cell and eventually survive in a species to form a reservoir depends on how well it can fend off the host’s immune attacks. Compared to other pathogens, smallpox has many genes – about 200 – and about half of them subvert the host’s immune response. “Some viruses hide and avoid direct contact with the immune system,” says McFadden. “Smallpox viruses, by and large, stand up and fight.”

Smallpox, the smallpox virus, appears to have lost many of these genes that affect the immune system. It only survives in humans and has no reservoir in animals, which is why the global vaccination campaign has eradicated it. Monkeypox is clearly more promiscuous. But we don’t yet know if it’s capable of creating reservoirs in non-African wildlife. “One of the problems is the lack of interest,” says Lisa Hensley, a US Department of Agriculture microbiologist who began researching monkeypox in a US Army laboratory in 2001.

Hensley, who spent nearly a decade researching monkeypox at America’s National Institute of Allergy and Infectious Diseases (NIAID) and collaborated with Anne Rimoin, urges people to remain vigilant and monitor how the virus is behaving and what it might do next. “We realize that this is a worrying disease and that we don’t know as much as we think we know.”

This post is in the original in the science magazine Science appeared, published by the AAAS. German editing: cvei