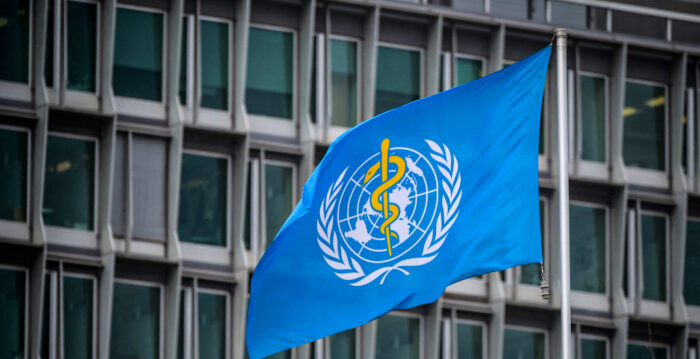 There is no sound scientific basis to justify vaccinating people against smallpox to prevent the spread of monkeypox, the council said in a statement released on Friday. According to the organization, the old photos extracted from the CDC and Getty Images archives, used to circulate an idea concerning the disease, are not “not representative of the international cases of monkeypox recorded to date. »

In its statement, the CMS refers to a post by the Alliance for Natural Health (ANH) International, a UK-based non-profit organization founded in 2002 by Robert Verkerk.

“Whether monkeypox gains or loses traction, now is the perfect time to justify increased support for the global and centralized governance of health orchestrated by the WHO through the International Health Regulations and the ‘pandemic treaty’. ‘WHO’Mr. Verkerk said in the May 25 article.

Robert Verkerk believes that the descriptions of the monkeypox cases “are perfectly adapted to mask” symptoms of lesions caused by the Covid-19 vaccine, such as the increasing prevalence of shingles after inoculation.

The original WHO descriptions of smallpox pustules, according to a 1973 document, differ from images in today’s media, indicating an inconsistency, Verkerk said.

While smallpox peaked in the 1950s, it was virtually eradicated globally by 1980.

However, WHO is preparing for a global roll-out of next-generation smallpox vaccines which will likely be warranted by “health authorities despite the lack of evidence of safety”especially when they are going to interact with “genetic vaccines” like that of Covid, Mr. Verkerk said.

Monkeypox requires a clinical diagnosis. A PCR test has serious limitations and could “lead to many cases of false positives”, notes the press release from the World Health Council. The current definition of a suspected case of monkeypox includes certain symptoms of Covid-19, the common cold and shingles.

“The greatest threat to global health is the continued drive by the WHO and its private partners to vaccinate every man, woman and child with experimental new vaccines and injections that have not been tested properly”reads the CMS press release.

According to CDC data, the United States has recorded 12 cases of monkeypox as of May 27.

People who may have symptoms of the disease should contact their healthcare provider, especially those who have traveled to countries in West or Central Africa and parts of Europe where cases of monkeypox have been reported, as well as than men who regularly have close or intimate contact with other men.

There is currently no specific approved treatment for monkeypox virus infections, according to the CDC, and the prognosis of those infected depends on multiple factors like “previous vaccination status, initial state of health, concomitant diseases and comorbidities”.

***
Dear readers,
Subscribe to our newsletters to receive our selection of news articles.
https://www.epochtimes.fr/newsletter

How can you help us keep you informed?

The Epoch Times is a free and independent media, receiving no state aid and not belonging to any political or financial group. Since the day of our establishment, we have faced systematic attacks to silence the truth, especially from the Chinese Communist Party. That’s why we count on your generosity to defend independent, honest and healthy journalism. Together we can continue to spread the truth.

See also  Transmission of monkeypox can be stopped in non-endemic countries, says WHO - rts.ch