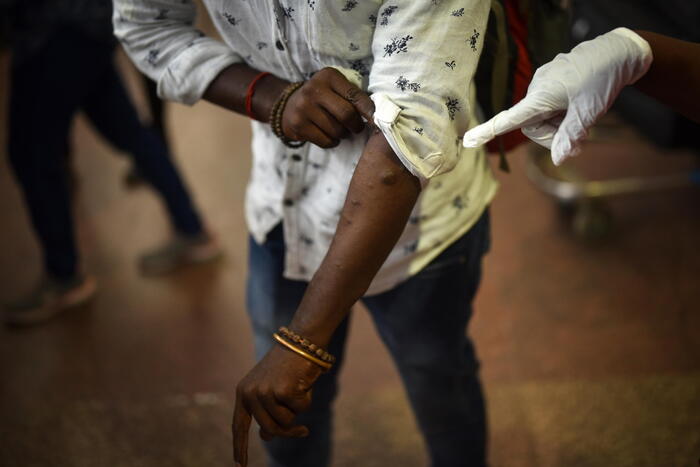 Monkey pox, more vaccines from the EU. The US towards the emergency – Health

More than 18,000 cases of monkeypox have been reported to the World Health Organization (WHO) from 78 countries, with over 70% from the European region and 25% from the Americas. Five deaths have been recorded so far e about 10% of cases are hospitalized“, while the EU is preparing two procedures for the joint purchase of new doses of the vaccine and the antiviral treatment Tecovirimat.

The guard on monkeypox is still being raised with coordinated actions at European and world level. It is precisely in this vein that the European Commissioner for Healthì Kyriakides recommends action on ministers five priorities: “intensify surveillance, identify and report cases, isolation, contact tracing and vaccination, and infection prevention and clear risk communication campaigns in all Member States”.

Therefore, mobilization against monkeypox remains high, which – says the EMA – requires a “strong response” while the United States is seriously considering a declaration of emergency. And even if more slowly than in other countries, cases are also increasing in Italy.

As of Tuesday, according to the latest bulletin of the Ministry of Health, 426 infections have been confirmed in Italia, 19 more than the previous survey of 22 July. To these are added two cases, the first from Abruzzo and the first from Sardinia. Almost all occurred in males (they are only 2 women), with a median age of 37, although the cases involved people aged 20 to 71.

Lombardy is the most affected region with 197 cases; followed by Lazio (90), Emilia Romagna (49), Veneto (31). Overall, 86% of cases are concentrated in these four regions.

The United States now has more cases of monkeypox than any other country: according to the latest data from the Centers for Disease Control and Prevention, the number of infections has reached 3,847. The immunologist Anthony Maw he noted with the American media that the possibility of an emergency declaration on the situation of monkeypox in the US “is under active consideration”. And she noted that for now the United States is handling the situation “well, but we can do better”. In particular – in your opinion – at risk are people who already have a viral infection such as HIV.

Meanwhile, always from overseas, and precisely from the city of New Yorkcomes the request to the World Health Organization for change name to monkeypox, “to avoid the risk of racism and discrimination that would lead those who fall ill to isolate themselves instead of seeking the necessary treatment”. And the WHO director general warns that “stigma and discrimination they can be as dangerous as any virus and can fuel the epidemic. “

“This is an outbreak that can be stopped, he added, if countries, communities and individuals educate themselves, take risks seriously and take the necessary steps to stop transmission and protect vulnerable groups. The best way to do this. is to reduce the risk of exposure “. “For men who have sex with men, WHO continues, this includes, for the time being, reducing the number of sexual partners, reconsidering sex with new partners, and exchanging contact details with any new partners to help them. allow follow-up if necessary “.

See also  Covid: 90% of resuscitation patients are not vaccinated - Medicine

The vaccine alone cannot stop the monkeypox epidemic. “We ask, for the moment, to take measures to reduce this risk”, for example “by limiting sexual partners and interactions”. (HANDLE)