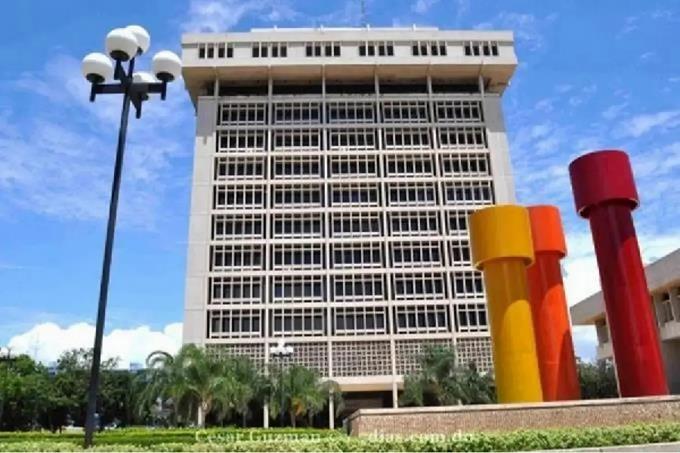 MONETARY POLICY – The Central Bank raises its interest rate from 5.50% to 6.50% per year

The Central Bank of the Dominican Republic (BCRD), at its monetary policy meeting in May 2022, decided to increase its interest rate of monetary policy in 100 basic points, from 5.50% per year to 6.50% per year. In this way, the rate of the permanent liquidity expansion facility (1-day Repos) increases from 6.00% to 7.00% per year and the interest-bearing deposit rate (Overnight) from 5.00% to 6.00% per year.

This decision is based on an exhaustive evaluation of the recent behavior of the world economy and its impact on inflation, influenced by the recent geopolitical conflicts and the global cost shock. In that order, price dynamics have been affected by external factors that are more persistent than expected, associated with the notable increase in oil prices and other important raw materials for local production, as well as the high costs of international transportation of containers and other disruptions in supply chains. In addition to these external components, the adjustments in the tariffs for private and public domestic services have been influencing the upward trend in inflation in recent months.

In particular, the monthly variation of the consumer price index (CPI) in April 2022 was 0.96%; while year-on-year inflation, that is, in the last 12 months, stood at 9.64%. On the other hand, year-on-year core inflation, which excludes the most volatile components of the basket, stood at 7.25% in April, reflecting second-round effects on production associated with external supply shocks.

To counteract exogenous factors on prices, the Banco Central has been implementing since the end of last year a monetary normalization plan through increases in interest rates and liquidity control measures, with the purpose of facilitating the convergence of inflation to the target range. In this sense, with the decision of the month of May, the BCRD has gradually and prudently increased its monetary policy rate on five occasions since November 2021, until reaching its current level of 6.50% per year, in line with the cycle of increases in interest rates at the international level.

In a complementary manner, the BCRD has reduced the excess liquidity of the financial system by some RD$80 billion this year, through open market operations and the gradual return of the resources that had been granted during the pandemic. These measures have succeeded in accelerating the monetary policy transmission mechanism, contributing to the adjustment in domestic interest rates and a significant moderation in the growth of monetary aggregates.

This process of monetary normalization seeks to avoid risks of overheating of the economy that deepen the inflationary pressures of exogenous origin, as well as a deterioration of the differential with respect to the foreign interest rates that could cause volatility in the flow of capital. In this active monetary policy scenario, the BCRD will be continuously monitoring international financial conditions and the expectations of economic agents, to take the necessary measures for a gradual convergence of inflation to the target range of 4% ± 1% during the monetary policy horizon.

In the international environment, uncertainty remains high due to the conflict between Russia and Ukraine, which has caused a deterioration in the global economic outlook. In this sense, the forecasts for world growth continue to be revised downwards

up to 3.1% in 2022 according to Consensus Forecasts, while international inflation projections continue to increase.

In the United States of America, our main trading partner, growth has moderated to 3.5% year-on-year in the first quarter of 2022, equivalent to an annualized quarter-on-quarter contraction of -1.5%. On the other hand, year-on-year inflation in that country reached 8.3% in April, more than four times higher than the 2.0% target for average inflation. In this context, the Federal Reserve (Fed) has increased the federal funds rate by 75 basis points this year, placing it in the range between 0.75% and 1.00% per year. For the rest of 2022, financial market analysts expect further increases in the reference rate of approximately 200 basis points. Likewise, other advanced economies such as the United Kingdom and Canada accumulate increases in their monetary policy rates of 90 basis points and 75 basis points, respectively.

As for the Euro Zone, growth forecasts have also been revised downwards, with an expected expansion of 2.7% in 2022 according to Consensus; while year-on-year inflation stood at 8.1% in May, the highest in the history of this bloc of countries. Although the monetary policy rate of the European Central Bank (ECB) remains at 0%, the most recent statements by the president of the ECB, Christine Lagarde, indicate that this institution is prepared to increase the reference rate as of July this year, while announcing the end of the monetary expansion program launched during the pandemic.

In relation to raw materials, the price of a barrel of Texas intermediate oil (WTI) has registered significant increases in recent months, going from an average of US$83 during January 2022 to US$110 per barrel on average during May, trading at the end of the month around US$118 per barrel. Similarly, the international prices of primary food goods, such as corn, wheat, sorghum and soybeans, as well as fertilizers, remain high due to the armed conflict.

In the domestic environment, the Dominican economy has maintained a good performance during the current year, registering an accumulated growth of the Monthly Index of Economic Activity (IMAE) of 5.8% during the first four months of the year 2022, after a year-on-year expansion of 4.7% during April. The positive evolution of economic activity during this year has been driven by the recovery of tourism, as well as by the dynamism of construction, trade, transportation and free zones.

Going forward, the growth prospects for the Dominican economy have become more conservative due to the high uncertainty prevailing in the international environment. In this sense, it is expected that economic growth would be around 5.0% for this year, close to its potential and higher than the expansion forecast for Latin America of 2.1%.

On the other hand, credit to the private sector in national currency maintains its dynamism, expanding year-on-year close to 12% in the month of May. Regarding fiscal policy, the higher collections stand out in relation to what was estimated, which have provided the necessary space to apply measures aimed at mitigating the impact of higher prices.

prices of raw materials on national production and households, especially the most vulnerable.

In the external sector, the dynamism of exports and tourism continues; as well as remittances, which reached some US$3.2 billion during the first four months of the year. The updated projections point to a Current Account deficit between 3.0% and 3.5% of GDP for this year, which would be comfortably covered by the Foreign Direct Investment forecast for the end of 2022, which would exceed US$3.4 billion. In this sense, the favorable performance of foreign exchange-generating activities would partially offset the impact of higher oil prices and other imported raw materials.

Likewise, international reserves remain at historically high levels, around US$ 14,250 million, equivalent to 13.3% of GDP and about 6 months of imports, exceeding the metrics recommended by the IMF. These factors have favored the relative stability of the exchange rate, reflected in an accumulated appreciation of the local currency of approximately 4.0% at the end of May, which would help offset imported inflationary pressures.

It is important to highlight that the dominican economy It is in a good position to mitigate this adverse shock, taking into account the strength of the macroeconomic fundamentals, the good performance of domestic demand and the high levels of international reserves. The Central Bank of the Dominican Republic reaffirms its commitment to conduct monetary policy towards the achievement of its inflation target and the proper functioning of the financial and payment systems, for which it will continue to monitor the international situation and inflationary pressures, with the purpose of adopting additional measures in the face of factors that may put price stability at risk.