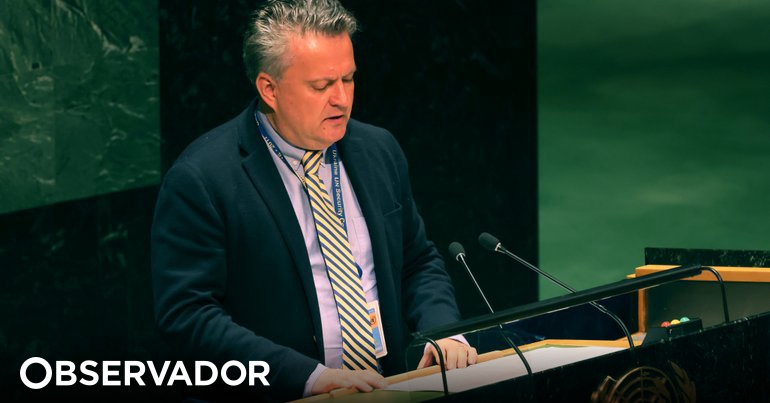 “Mommy, I wish you good luck in heaven.” A letter from a Ukrainian boy that his mother never read – Observer

These are letters that “shouldn’t have had to be written”, but they were. Ukraine’s ambassador to the UN, Sergiy Kyslytsya, shared on Monday the words that a nine-year-old boy wrote to his mother, who died a victim of the war.

“Mommy, this letter is my gift to you on Women’s Day, March 8th. Thank you for the best nine years of my life. Thank you for my childhood. You are the best mom in the world. I will never forget you. I wish you good luck in heaven. I want you to reach paradise. I’ll try to behave myself so I can go to paradise too”, read Kyslytsya, in English, before the Security Council.

The Ukrainian ambassador, quoted by CNN, said the boy’s mother was killed by Russian soldiers when the two tried to escape by car from a town occupied by Russian forces. The boy stayed in the car until he was rescued by residents.

“These letters shouldn’t have to be written. If they are, it means that something went terribly wrongincluding here at the United Nations,” Kyslytsya said, pointing to flaws in the “international peace and security maintenance mechanism” that “must be addressed.”

“But can they be resolved while Russia is allowed to use the rights of a permanent member? If we are not able to stop the Kremlin, more children will become orphans, more mothers will lose their children”, warned the Ukrainian ambassador.

The UN Security Council met on Monday to hear accounts of the conflict’s impact on women and children. In her speech, Kyslytsya also accused Russia of kidnapping 121,000 Ukrainian children since the start of the war, and said that most of these minors are orphans. Warning that this behavior violates international laws and conventions, the ambassador also stated that Russia is preparing a law to “simplify and accelerate the procedures for the adoption of kidnapped Ukrainian children”.