Modder fixes 20 years of “serious bug” in the game

Some things just take longer! A Silent Hill 2-Modder has one brand new patch for the PC version released, which on setups with a Multicore processor crashed. The bug has been bugging fans for more than 20 years.

When Silent Hill 2 was released for the PC in 2001, there were only a few players with multi-core CPUs, but of course that has changed a lot these days. But Konami didn’t care: Who still plays Silent Hill 2 on the PC today?

Modders have been working on an “Enhanced Edition” for the Konami title for a long time. This particular version of the game is said to consist of “enhancement packs that make the PC version of Silent Hill 2 compatible with modern hardware and in widescreen aspect ratios while improving graphics, sound and bug fixes,” according to the fan artists.

at Silent Hill 2: Enhanced Edition is about adding “widescreen camera, high-resolution resolutions, upscaled fonts and 2D images, PlayStation 2-quality audio, fog and shadows, restored post-processing effects, better controller support and much more”. In part, the game is hardly playable today because there are various bugs and errors. Modern hardware and operating systems have only made the issues worse instead of improving them.

The hobbyist developers behind the Silent Hill 2: Enhanced Edition recently uploaded an update video to YouTube (embedded below). Improvements are described in detail there. The team’s reactions couldn’t have been nicer.

writes like this X Leonhart: “I really don’t have enough words to express my appreciation and gratitude for all the hard work and passion you all put into making SH2 the best version it can be. Thanks to you, many people can repeat this amazing game, and many new ones can enjoy it for the first time. You guys are amazing. Many Thanks.” 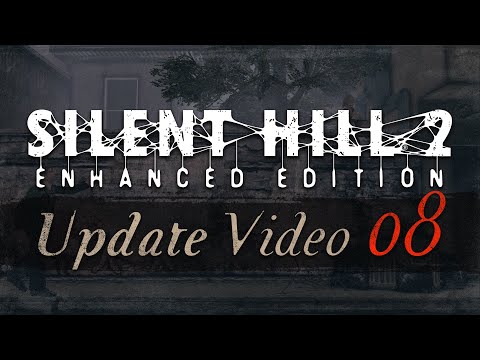