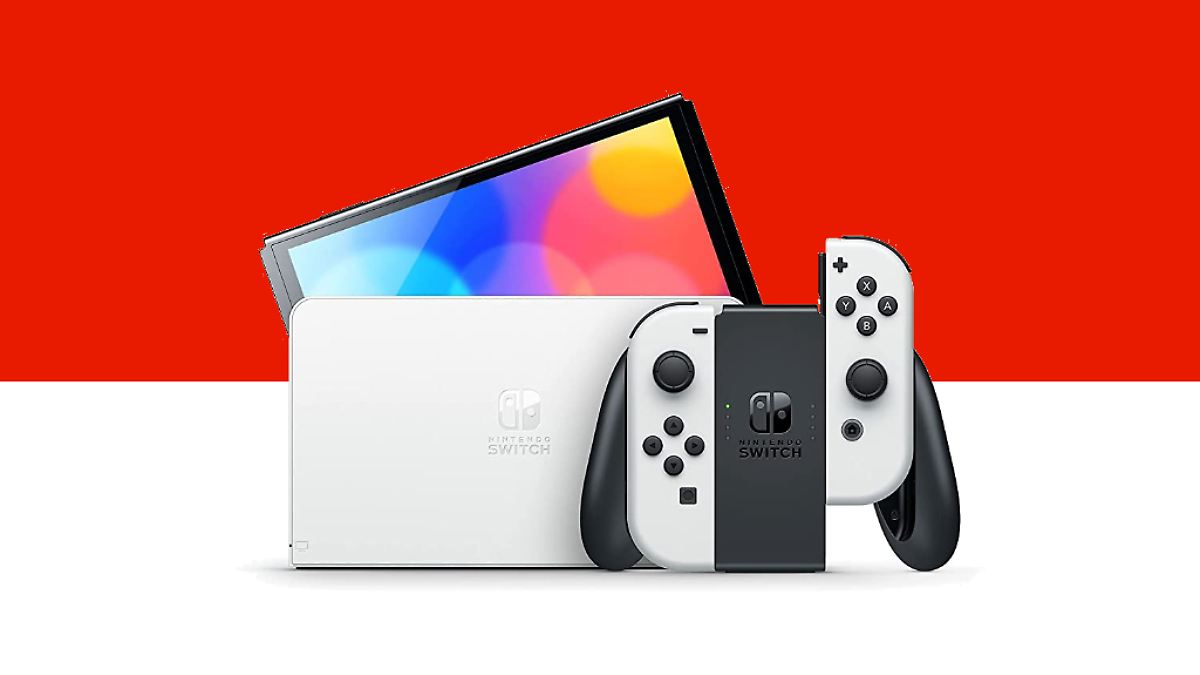 The demand for the Nintendo Switch is enormous, good offers are rare. The new OLED model in particular is hard to come by on favorable terms. But you can now get a hefty discount on eBay.

For years, the Nintendo Switch has managed to convince millions of gamers around the world without boasting particularly powerful technology. Unlike the PS5 and Xbox Series X, there are no glossy graphics here, but there are original game concepts. The continuing high demand for the console ensures extremely stable prices. Nevertheless, there are occasional real bargains.

The OLED model with a larger and better display, which was only released a few months ago, is particularly popular with gamers. The device is always out of stock, and once it is in stock, it is only available for the standard price of 360 euros. Real deals are a rarity. There is one on eBay now.

There, the provider sbdirect24 is currently selling the Nintendo Switch OLED in white for 353 euros. With the discount code POWERSPRING22, the price can be reduced by a further 20 euros. The bottom line is that the console is available for 333 euros – as cheap as it is rare and a real bargain!

At seven inches, the screen of this model is slightly larger than that of the standard version and, thanks to OLED technology, has a higher contrast. In addition, this variant of the console has 64 gigabytes of internal memory, an improved stand and a LAN port on the dock.

At Amazon, the Switch OLED currently costs 349 euros, which is also strong.

The standard Nintendo Switch model is still one of the best-selling versions today because it offers the best compromise between price and functionality. The hybrid console can be used both on the move and on the television. Technically, it doesn’t perform any miracles, but it easily keeps up with the high-end competition in terms of popularity and fun.

The console will change hands today at the original starting price of around 300 euros. The device is currently available from Amazon for 277 euros. That’s not the best price, but it’s still a fair price for the popular console.

If you only use the Nintendo Switch away from a big screen, you can save a lot of money by buying the Lite version. It only works in so-called handheld mode, so it does not have a TV connection. In addition, the JoyCon controllers cannot be removed, and the display is slightly smaller at 5.5 inches. The console normally costs 229 euros. Saturn is currently only asking for 198.99 euros.

Those who use the Nintendo Switch mainly in mobile handheld mode and place great value on image quality will get their money’s worth with the OLED version. On the other hand, if the contrast and color brilliance only play a subordinate role, and if the Switch is also used regularly on the TV screen, the surcharge is hardly worth it – and the Classic model is the better and cheaper choice. If it’s only going to be mobile, the Switch Lite can be worthwhile, as long as the technical limitations don’t interfere with personal preferences. The current prices for the Switch and the Switch Lite are not the all-time lows, but they are still fair. The price for the OLED model, on the other hand, is great!