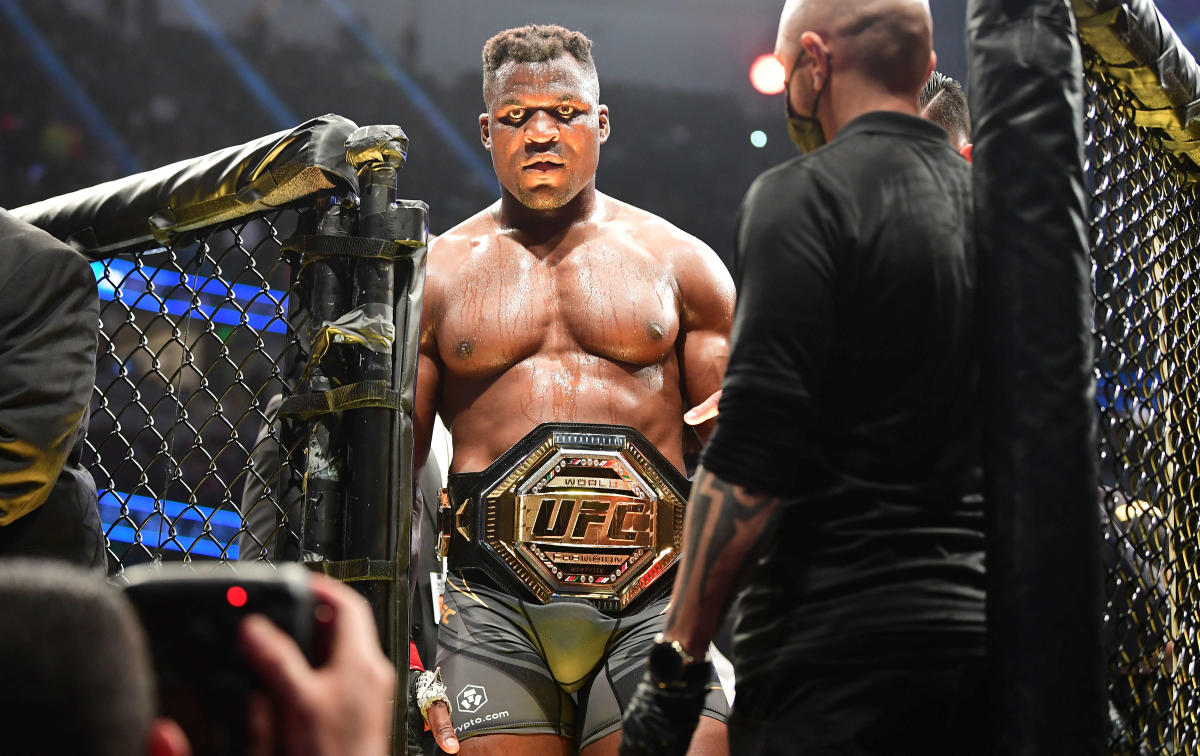 The heavyweight champion has decided not to renew his contract with the most powerful “Mixed martial arts” league in the world.

Cameroonian Francis Ngannou, MMA superstar and UFC heavyweight title holder, has decided not to extend with the most powerful league in his sport (photo taken in January 2022 in California).

MMA – An upset story ending. Cameroonian Francis Ngannou, heavyweight champion belt holder and global combat sports superstar, has not renewed his contract with the UFC, revealed Dana White, the boss of the most powerful MMA league, on the sidelines of an evening of fights organized this Saturday, January 14 in Las Vegas.

«We have been trying to find an agreement with Francis (Ngannou) for 2 years» a expliqué White. «He was offered a deal that would have made him the highest-paid heavyweight in the organization’s history. And he didn’t want to. He thinks he’s in a position to fight worse opponents for more money, we’ll let him do that. We’re going to release him from his contract” he added.

Knee operated in January 2022, Ngannou, whose contract with the UFC expired at the end of 2022, had not fought for the organization since defending his title against Frenchman Ciryl Gane, still in January 2022.

Dana White details what led to Francis Ngannou’s exit from the UFC. https://t.co/31Ag9PYhwU

Since then, the 36-year-old Cameroonian, who has 20 fights for 17 wins and 3 losses, had multiplied his desires elsewhere, not hiding his desire to fight in English boxing, where much more lucrative fights are possible.

Ngannou seized the UFC heavyweight title in March 2021 by beating American Stipe Miocic by knockout, after a first failure in January 2018, still against Miocic.