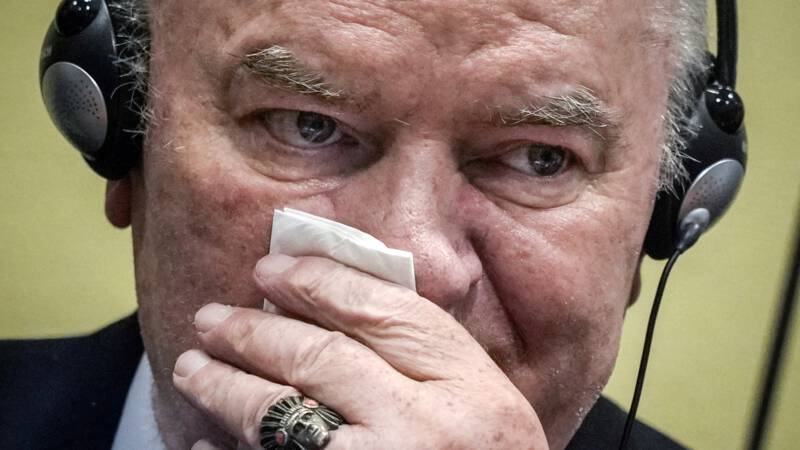 The upholding of the life sentence of former Bosnian Serb General Ratko Mladic by UN judges in The Hague has brought relief to the relatives of his atrocities. Now that one of the biggest war criminals of the civil war in the former Yugoslavia has gone behind bars for good with Mladic, they can move on with their lives. Yet they still struggle with questions.

“I think we can close Srebrenica now: it was genocide, period,” says Adnan Delic. He watched the verdict today in the presence of NOS reporter Mattijs van de Wiel and two other young Bosnian Dutchmen, Amra Zeric and Mirhad Hasanovic.

In advance it seemed certain that Mladic would be sentenced to life again. In 2017, he had already been convicted of genocide, war crimes and crimes against humanity. Yet there was still an important issue for many relatives.

At the time, Mladic was found guilty on ten of the eleven charges. A charge was therefore deemed not proven: Mladic was acquitted of genocide in some Bosnian municipalities. Today, the appeals court upheld that ruling, much to the grief of the relatives.

“I regret that he was not found guilty of genocide in the other municipalities,” said Mirhad Hasanovic. Amra Zeric agrees. Her parents are from Prijedor, one of the municipalities. “Almost all my relatives have been in prison camps. There they were mistreated and starved. The reason that there is no mention of genocide is that the number of victims was not large enough. I find that very painful to hear: your relatives do not have suffered enough to call it genocide. It’s a bit bittersweet. On the one hand, I’m very happy that he got a life sentence. On the other hand, I had hoped for recognition.”

Wouter Zweers, Balkan expert at the Clingendael Institute: “In Bosnia they say: you cannot say that genocide has taken place in one municipality and not in another, because Mladic was in charge of the entire region. He is therefore not held responsible for genocide across the country.”