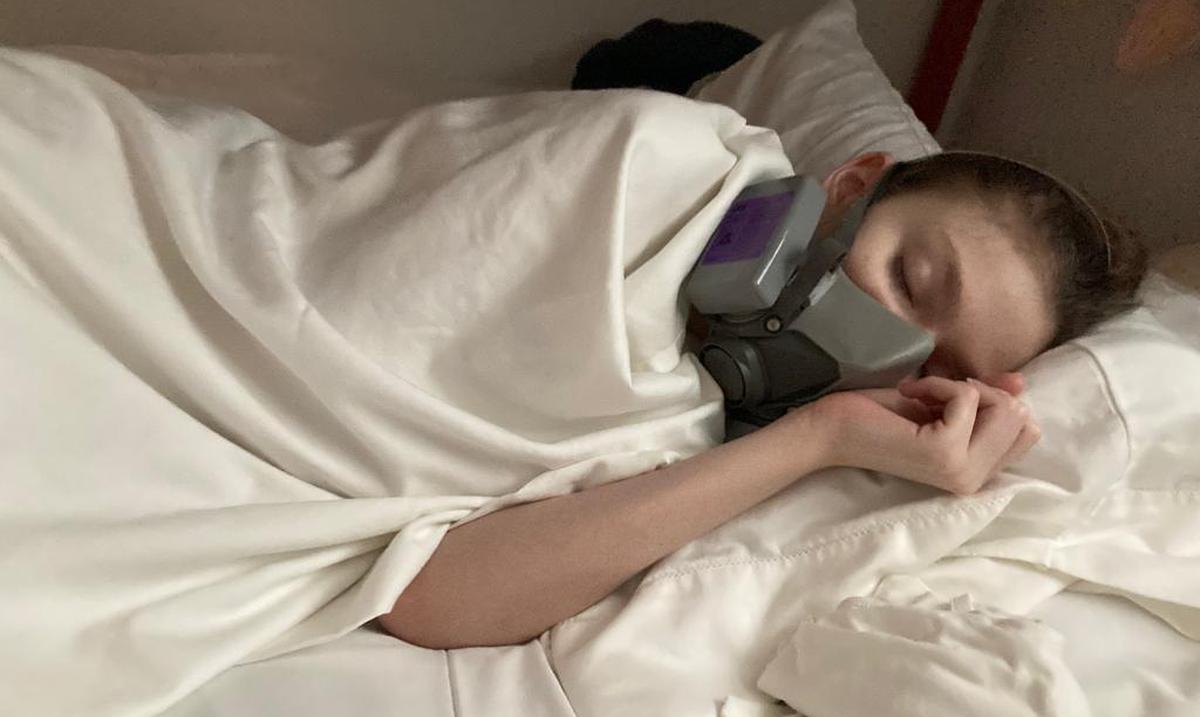 Mission to save Alison: “I cannot allow her to continue spending her forgotten youth in her room”

Alison Montalvo de Leon she was the typical energetic and lively teenager who, at age 13, practiced judo and represented Puerto Rico in international competitions. She was also an honors student, flutist, composer and singer, in addition to drawing – an art that she learned in a didactic way – as well as photography.

But all those interests and innate talents were put on hold due to several health problems that were diagnosed after passing an infection with the dengue virus. The first of them, myalgic encephalomyelitis (ME), a neuroimmune disease that, according to his mother, Sara de León, can affect all the organs of the body.

It all started, she explains, with a loss of energy so severe that the girl couldn’t do her normal daily activities due to exhaustion. For example, going to school, doing judo practice or any other activity that she used to do.

In fact, according to the medical literature, the person with this diagnosis may have trouble sleeping along with extreme fatigue that does not improve with rest. What causes that doing any type of activity worsen the symptoms of tiredness and lack of energy, in addition to others, such as problems with reasoning.

“Alison started to be very tired all the time. And, from being an honor student, she got to the point where she didn’t even have the ability to add and subtract. It has been a very long road because new symptoms continue to appear that do not allow her to recover, “adds the mother, who stresses that seeing her daughter’s health deteriorate has been” a very hard blow “for the whole family. family.

It is a disease that, according to Centers for Disease Control and Prevention (CDC), also known as chronic fatigue syndrome (ME/CFS), “a serious long-term illness that affects many systems of the body.” A diagnosis that usually follows infection, physical/mental trauma, or chemical exposure.

Symptoms of the disease include decreased physical ability, pain, sleep problems, cognitive decline, and orthostatic intolerance (a condition caused by a problem in the way nerves regulate blood flow), among many others, which are worsened by innocuous stimuli (known as post-exertional malaise) and do not improve with sleep or rest.

Sara says that from what the doctors who have seen Alison have told her, what her daughter has is much more than chronic fatigue. “As they have explained to us, this happens because there is damage to the mitochondria (cells responsible for supplying most of the energy necessary for cellular activity), which means that there is no necessary energy production.”

Seven long years have passed and today, at 20, Alison also suffers from “multiple chemical sensitivity” (MCS), an environmental disease that is diagnosed from the symptoms caused by low tolerance to chemicals in the environment and which is common in patients with ME/CFS.

This means you can’t be exposed to the common pollutants we’re all exposed to on a daily basis. Among them, cleaning products, those related to cosmetics and personal hygiene (shampoos, colognes…), in addition to petroleum derivatives, such as the smell of gasoline, herbicides, paints, asphalt or tobacco. It also does not tolerate food additives (dyes, sweeteners, preservatives) and certain drugs, among others.

Similarly, these patients may suffer from certain environmental intolerances. For example, exposure to the sun, magnetic waves from household appliances, or loud noise, which causes MCS symptoms to appear, according to CDC literature.

And, due to the high pollution in the city, Alison’s body continues to store toxins every time she is exposed to them, which has caused the disease to be in a severe stage. In fact, at the time of the interview she was so exhausted that she could hardly talk about her from her bed.

“The most dangerous of these diseases are autonomic dysfunctions, with cognitive/motor loss that often causes them to lose their sense of reality,” Sara explains worriedly.

According to the CDC, people with ME/CFS are often unable to do their usual daily activities and may get worse after trying to do them, a symptom known as “post-exertional malaise” (PEM). Other symptoms may include difficulty with thinking and concentration, aches and pains, and dizziness.

Notably, according to a report from the Institute of Medicine (IOM) there are an estimated 836,000 to 2.5 million people in the United States with ME/CFS, but most do not have the diagnosis. In Puerto Rico there are no statistics or an estimate of people with this ailment.

Alison is also currently diagnosed with Raynaud’s syndrome, a rare blood vessel disorder that usually affects the fingers and toes.

The search for quality of life

In order for Alison to have a better quality of life, her older sister, Grace Montalvo, and her mother, Sara de León, have developed the campaign “All for Alison” to raise the necessary funds to help them give the young woman “the opportunity to live in peace and enjoy her youth.”

It should be noted that there is no cure or specific approved treatment for ME/CFS. However, some of the symptoms can be treated or managed with supplements, vitamins, rest and that the patient is not exposed to the toxins that harm him.

According to Grace, Alison’s sister, due to the age at which she was diagnosed with the disease, there was always optimism that she had a chance of recovering. Above all, because the young woman was an athlete, she practiced judo and she was in very good physical condition.

But the reality is that he has not been able to achieve it and everything has been very uphill. For example, Grace explains, at the moment she must be completely isolated in a sealed room, in addition to wearing a filter mask because any external contaminating factor harms her, something that can happen just by leaving the room, because there are many contaminants out of home. For example, if a neighbor fumigates or trims the grass it can be a trigger for the young woman to have a crisis. A situation that the family has no way of controlling.

“Her doctors say that once she has what she needs, which is to be in a place where there is not a lot of pollution, the daily damage to the body can be stopped and she could recover. But that hasn’t happened so far.” Grace laments.

In fact, Sara points out that the disease worsened after the passage of Hurricane Maria due to the prolonged exposure to the use of electric generators in her environment, as well as the environmental contamination that occurred at that time. In the same way, she explains that they live in a highly polluted area, close to highways, gas stations and densely populated, which is detrimental to the young woman’s health.

For this reason, now all the family’s efforts are directed at raising funds to buy land or a house in the country where they can get away from the triggers and contaminants that most affect Alison’s health.

“I cannot allow her to continue spending her forgotten youth in her room. Our goal is to raise funds to give Alison the opportunity to live in peace and enjoy her life. And, above all, so that she can have a more independent life”, says Sara, who believes that once her daughter is isolated in an area where there is not so much environmental pollution, her body will begin to recover.

How can you help

Both Sara de León, Alison’s mother, and her sister, Grace, continue to make efforts to publicize the effects of the disease and the best way to get the young woman to recover, which is by moving to an area isolated from contamination. typical of the cities.

If you want to cooperate, you can do so through ATH Móvil (787) 404-4744 or by visiting the page www.todoporalison where you can learn more about the young woman’s life and how you can help. You can also connect on social networks under the hashtag #todoporalison. Or send an email to: [email protected]