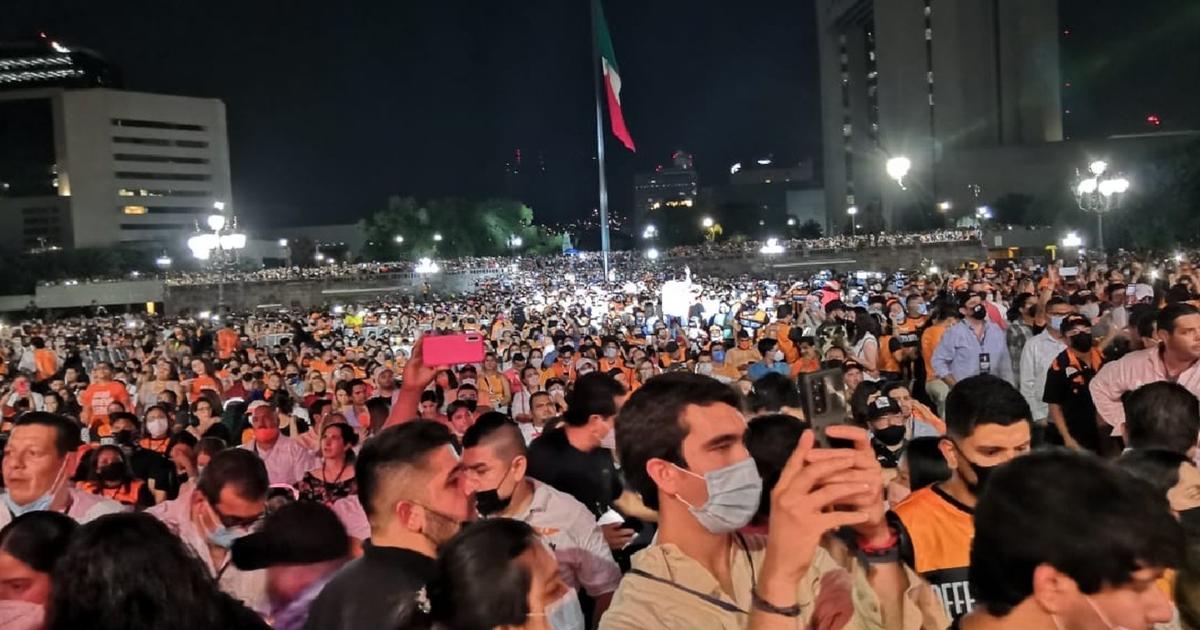 12:30 PM – Capture 100% of the minutes in Monterrey and San Pedro; favors Colosio and Miguel Treviño

At the cutoff at 12:20 on Monday, the candidate of the Citizen Movement for the mayor of Monterrey, Luis Donaldo Colosio, leads with 47.42 percent of the electoral preferences and with 100 percent of the minutes captured by the authority in the matter .

In the same condition, Miguel Treviño de Hoyos, independent candidate for mayor of San Pedro, leads with an irreversible advantage of 56.78 percent.

12:20 HOURS – PREP arrives at 100% of minutes captured; Samuel continues with an advantage in Nuevo León

With 100 percent of the minutes captured, the candidate to the government of Nuevo León for the Citizen Movement, Samuel García, continues as the leader in the contest, being practically the virtual winner of the election.

9:00 AM – Morena has never had an absolute majority in San Lázaro and Senado: AMLO

“What is the simple majority? It is half plus one, that is what we have had and we will continue to have.”

8:30 AM.- AMLO acknowledges the defeat of Morena in Mexico City

“In the case of the city, you have to work more; this is where the dirty war is most affected.”

8:00 HOURS – AMLO PRESENTS THE RESULTS OF THE PREP

In the morning conference, the president of Mexico, Andrés Manuel López Obrador, projected the preliminary results of the INE in Sunday’s election.

It stands out in the presentation, the elections of Nuevo León, where at night it was announced that Samuel García of Movimiento Ciudadano has the advantage.