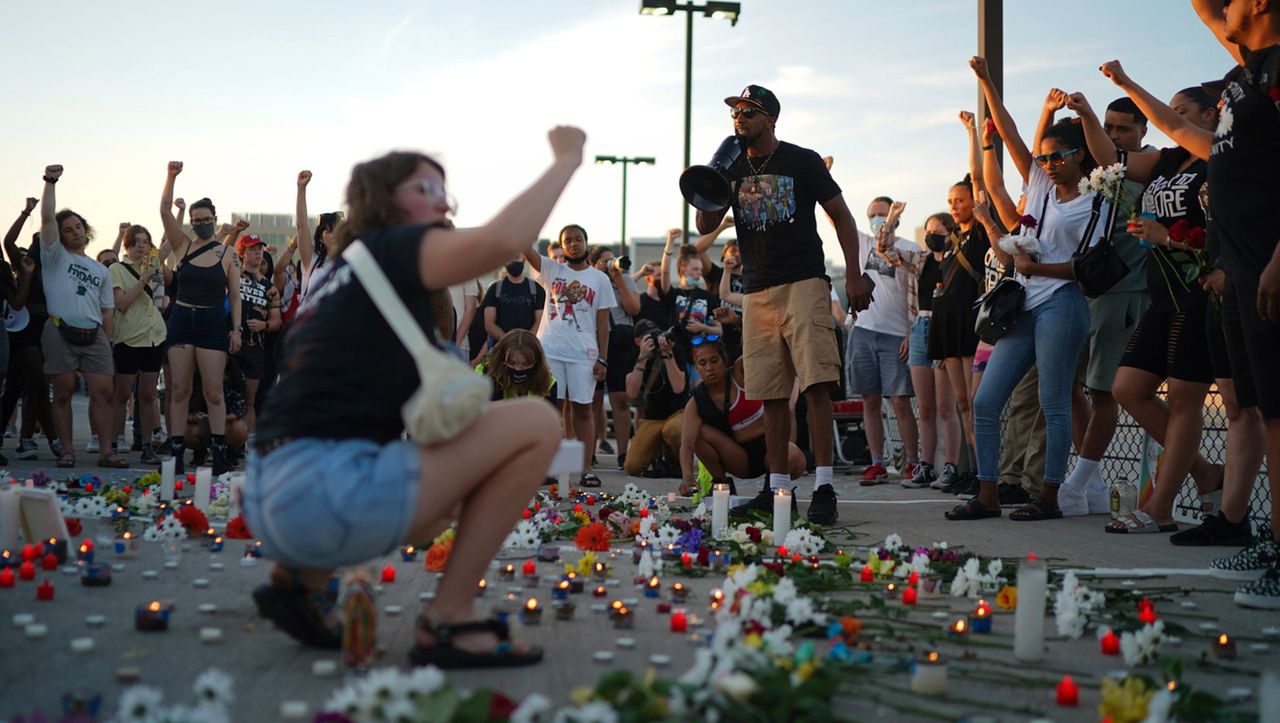 In the US city of Minneapolis there were again protests against police violence. On Friday evening (local time) people gathered for a vigil for an African American who was shot dead by officials on Thursday. According to US media reports, individual demonstrators clashed with the police.

Pictures showed how garbage cans burned and how people put candles and flowers at the location of the shooting. According to the police, officials wanted to arrest the man on Thursday in a parking garage because of a pending arrest warrant relating to unauthorized possession of weapons. Officials shot him, he died on the spot. According to previous investigations, the man had previously shot out of his car. An investigation is ongoing.

According to US media, the dead is 32-year-old Winston Boogie Smith, father of three children. According to family and friends, he often had conflicts with the police. They called for a transparent investigation and asked anyone who might have filmed the incident to provide their footage.

A year ago, on May 25, 2020, the African American George Floyd was killed in a brutal police operation in Minneapolis. The case sparked nationwide protests against racism and police violence. Videos document how police officers pushed the unarmed man to the ground. White ex-cop Derek Chauvin pressed his knee to Floyd’s neck for a good nine minutes until Floyd died. Chauvin was convicted. The sentence is still pending.

Just 15 kilometers from the courtroom, in the suburb of Brooklyn Center north of the city, another black man died in a police operation in mid-April. A female police officer shot Daunte Wright, 20, during a traffic stop. This also led to protests, and in some cases to violence.

READ  LAST MINUTE: All teachers can be vaccinated from Monday