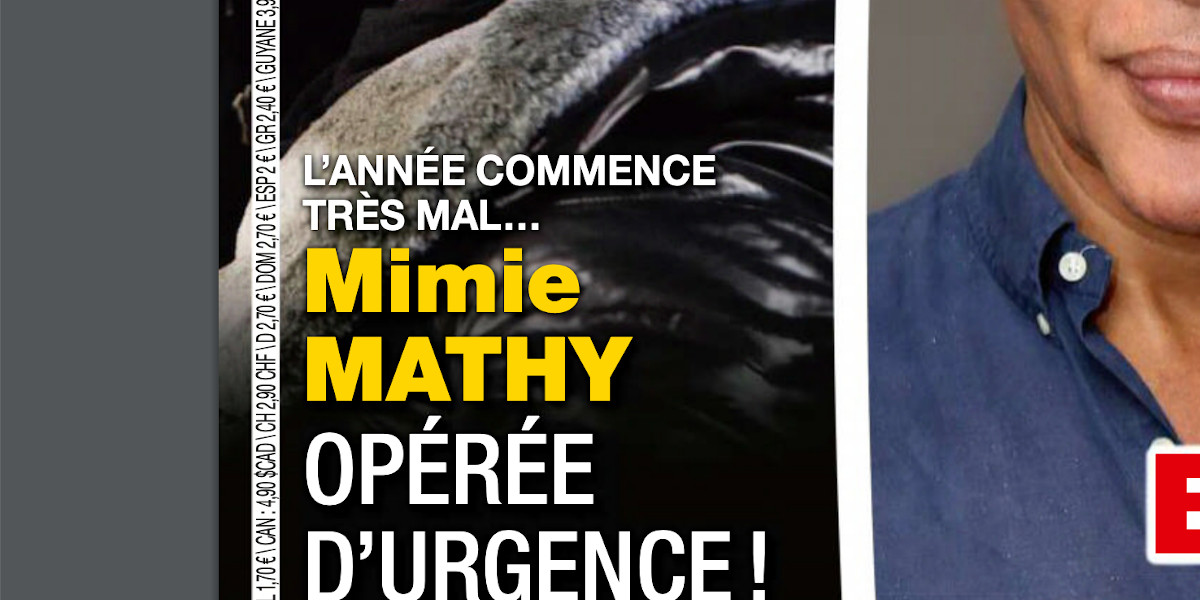 Mimie Mathy had emergency surgery, a complicated start to 2022

At 64 years old, Mimie Mathy is a short story confronted with a tragedy, with some health problems, the nature of which is specified by the magazine France Dimanche, in its number dated December 31.

It would not be the best form for the heroine of “Josephine, Guardian Angel”, the TF1 series!

Mimie Mathy, who can always count on the unwavering support of the man in her life, Benoist Gérard, has indeed undergone a back operation to resolve a problem with the spine, as was the case in 2017.

And this is the reason why the star gave up on the Enfoirés troupe for the six concerts scheduled for January 20 and 24.

Her absence, the actress confirmed it on the Culture media program on Europe 1.
“So this year I’m not sure I’m there but I’m doing everything
for ”, she declared in this program before announcing her next hospitalization which she tries as usual to minimize.

She explains that it is a “routine check” for her back “which is oddly ruined.”.

And we hope this operation goes for the best for the star whose year, as noted by the magazine “France Dimanche”, begins in a sad way.
We wish him a quick recovery !