The bus with soldiers in the Mut-Karaman road Sertavul location in the Mut district of Mersin was overturned around 07:20.

A large number of ambulances and firefighters were dispatched to the area.

It was learned that the soldiers were sent from Manisa to Taşucu Port in Silifke district of Mersin and that they would arrive in TRNC.

The first information was that the number of martyrs was 5, but one of the losses turned out to be the second driver, not the soldier.

The treatment of the injured in the hospital continues. 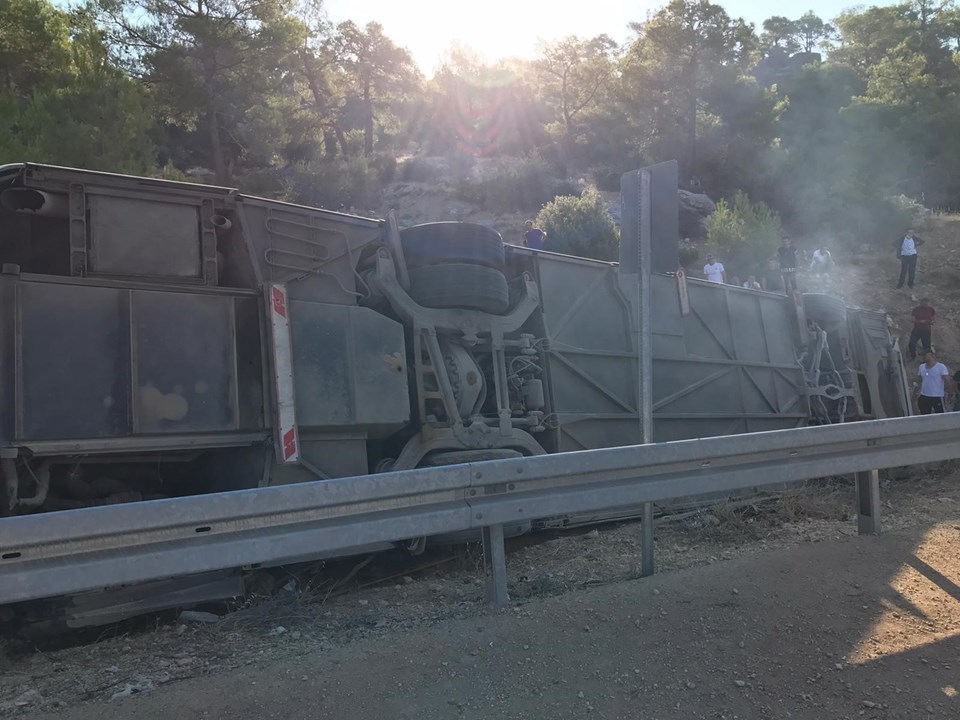 On the other hand, the Minister of National Defense Hulusi Akar went to Mersin with Commander of the Land Forces Gen. Ümit Dündar. 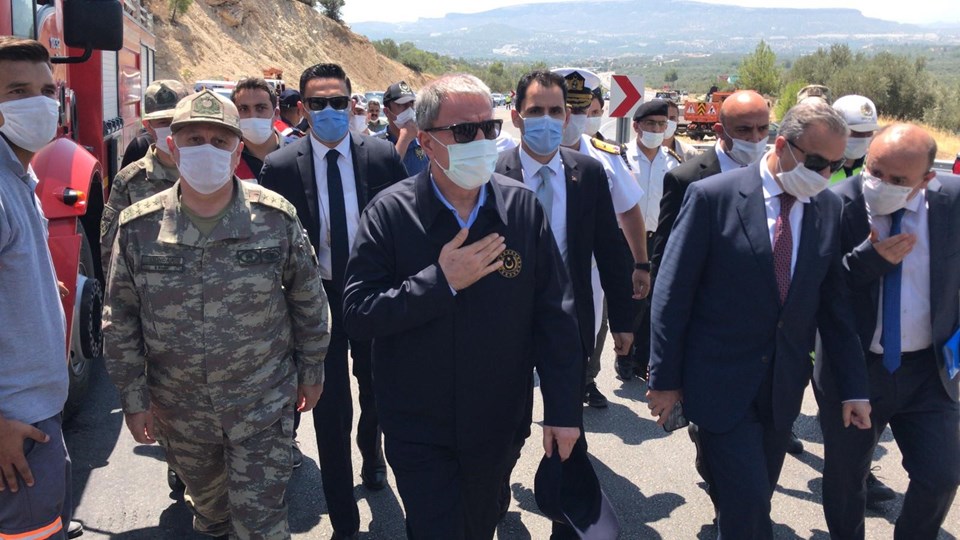 Akar, who was welcomed by Mersin Governor Ali İhsan Su and other officials in Mut district, was replaced by an accident.

Akar made investigations at the scene, received information from Governor Su and other officials.

” TECHNICAL FAULT IN THE VEHICLE ACCORDING TO THE FIRST INFORMATION ”

Akar went to Mut Public Hospital with Commander of the Land Forces Gen. Ümit Dündar after investigations at the accident site. Here visiting wounded soldiers, field information from the authorities regarding the health status Akar, said in a statement to reporters later, said that Turkey’s day begins with a tragic accident.

Akar declared that two bus drivers died in the accident and 4 soldiers were martyred and wished mercy to the martyrs.

Akar stated that 27 soldiers were injured in the accident and four of them were transferred to the hospitals in Mersin. “We visited them at Mut State Hospital. We visited them. We were glad to see that there was no critical situation in them. Especially in this period, the Turkish Armed Forces He has a wide variety of deployments. These deployments are constantly being made. In the frame of our friends’ knowledge and experience about these deployments, precise planning is made as much as possible, and these deployments are carried out as planned. “

Akar explained that the accident bus departed from Manisa Alaşehir yesterday at 21.45, then a break was made at Afyonkarahisar at 2.40 hours, the driver replacement was maintained and the bus continued.

Stating that the second stop was given around 06.30 in Konya, Akar said, “There was a similar change in the driver and the rest and other needs were met. Unfortunately, this incident occurred around 07.20 while the transfer was continuing. According to the first information we received, technical failure occurred in the vehicle. We have received information from eyewitnesses that he came, there was a problem with the brake, there was a discharge in the brake. “

Minister Akar pointed out that after the completion of administrative and judicial studies regarding the incident, it will be revealed exactly how the accident happened.

“According to the first information we received, there is information that the driver of the bus involved in the accident really made every effort to do his best. This information will be confirmed by the statements received later. Within the framework of the information we have received, the driver warns the bus that there is a problem in the brake, everyone should be careful and hold on. the right way to deposit the vehicle, thinking that the right side is the cliff, the left side is more suitable, it has to go in the opposite direction, there is a vehicle coming from the opposite direction, maneuvering not to hit the vehicle, there are some recommendations for stopping by hitting the vehicle in front, but they are also dangerous. According to a rumor, there is also information that the driver, the second driver or the custodian called some of them on the phone and talked about this, and they were getting advice.

Akar stated that they are in great sorrow of the accident that occurred despite all the measures taken.

Hulusi Akar stated that 2 of the 4 injured intubates have a problem in the neck, “Therefore, our doctors are sensitive on this. On the other hand, there is a problem with the head and chest problem and the trauma in the head of another soldier. Our doctors are in an intense effort. Within the framework of the measures, an intense work is continuing. All that has been done on this issue has been done. The necessary transplants have been made with an ambulance helicopter from both Adana and Konya.

Sharing information about the hospitals where the injured were removed, Akar said:

“We have 4 injured in Mersin University and 4 injured in Mersin City Hospital. Their treatment continues. We have 2 patients in Silifke and Erdemli. 15 injured of our other injured people are currently under treatment here. No criticism.I would like to thank all of our hospital staff and healthcare staff with sincere feelings, I would like to thank the Governor and all our civil servants, our security officers, I wish all families a great past, I wish 4 soldiers and 2 drivers to our martyrs and patience to their families. . “

On the other hand, Minister Akar and General Dundar came to the place of other soldiers in the convoy after their investigation at the accident site. Receiving information about the accident, Akar conveyed his wishes to the soldiers.

CERTIFICATE MESSAGES FOR THE MARTYRS FROM TRNC

President Akıncı said in his message that “I have learned with great sadness that 5 soldiers were martyred and 10 soldiers were injured as a result of the bus carrying soldiers who came to Cyprus to perform duty in Mersin.

TRNC Prime Minister Tatar, in his statement on Twitter, said: “We learned with great regret that our 5 Mehmetçiğları who came to TRNC as a result of the accident were martyred and 10 of our Mehmetçi were injured. I wish condolence to our injured people, mercy from our martyrs, and condolences to our nation with their old families. Let the spaces be heaven. ”

GRP President Erhür man also “to come to our country from Turkey as a result of accidents involving buses carrying soldiers on their way to do that is with sadness that I learned five soldiers were killed and one soldier was wounded. I wish mercy to the martyrs and urgent healing to the wounded. ”

Kudret Özersay, Deputy Prime Minister and Minister of Foreign Affairs of the TRNC, said, “It is a pity for us that Turkish youth, who will come to our country and do their homeland duty, are martyred in an accident in Mersin.