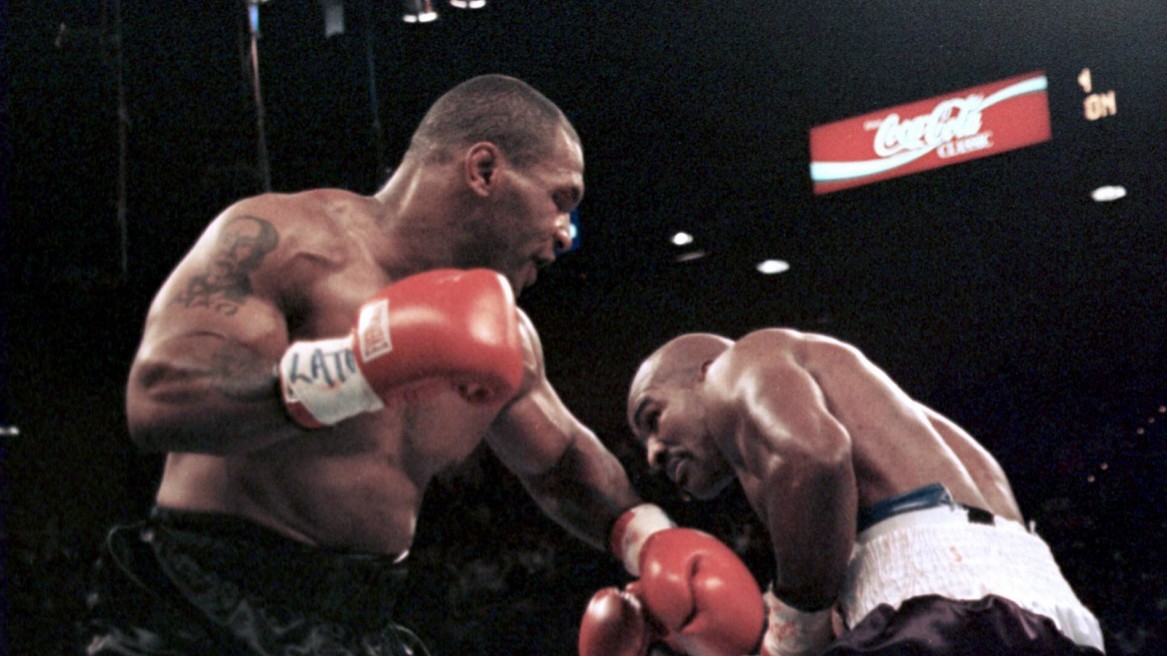 Mike Tyson returns to the ring for a few show fights, and his former competitor Evander Holyfield is boxing again. This is causing a stir in the world of boxing: will the two compete against each other a third time?

Of course, this duel still sounds spectacular. People currently remember particularly legendary sporting events because the corona pandemic does not offer them any live pictures, and when boxing, the two last names are enough for the brain to put a film in the head cinema: Tyson against Holyfield. The first fight in November 1996 was a sporting treat, the second a scandal a few months later because Tyson actually bit off his opponent’s ear.

There has been no third fight – until now. Both Tyson and Holyfield have announced their comeback, both want to do a few show fights for a good cause – and the boxing world is in turmoil: They won’t really compete against each other?

The trigger is a short video: You can see Tyson, 53, who has apparently gotten into shape and maltreated the claws of his trainer Rafael Cordeiro. It only takes a few seconds, but afterwards Cordeiro claimed that during this training he saw his life go by in front of his eyes: “He is still as fast and powerful as people at 22 and 23 years old.” Things that boxing coaches say when they want to keep their jobs. Tyson himself posted the video on Twitter, stating that he was still the baddest person on the planet.

“I do two hours of endurance training a day,” Tyson later said in an interview with rapper T.I. on the Instagram Live platform: “Then comes boxing training, 25 to 30 minutes on the claws. I want these combinations to work again – but it hurts a lot. I feel like three people have thrown the shit out of me . ” He wants to get into a fighting form and return to the ring for a few show fights: “For a good cause, three or four rounds. I would like to raise some money for the homeless or drug addicts like I was.”

Tyson, who beat his shadow at the start of his career, was not even a shadow of himself at the end of his career. He not only lost to the great boxers Holyfield and Lennox Lewis, but also to people like Danny Williams and Kevin McBride , and like anyone who has been great, these performances looked all the more terrible because the memory had saved a terrific boxer and not this guy who would be shown like a circus attraction. “I don’t want to insult this sport anymore,” said Tyson after losing to McBride in 2004: “It’s time to continue my life.”

Holyfield publishes a picture with only one word on Twitter: “Comeback”

Like so many athletes, Tyson realized after his career that there was still a lot of life left – and at first he didn’t know what to do with it. “I’ve squandered my entire life, I’m a failure,” he said in 2005: “I just want to run away.” He did that at first, but he quickly recovered. He appeared in films like Hangover, the self-ironic stand-up comedy program Undisputed Truth was very successful, the book of the same name was a bestseller. There were still mistakes, but these were now unspectacular for someone who declared himself the baddest person in the world.

The Mike Tyson myth was also nurtured by the stories off the ring: by the allegations of his first wife Robin Givens, for example, that she was afraid of him, or by the conviction for rape in 1992. Tyson was portrayed as someone you only see in the ring to let go of other people (even that was doubted in Evander Holyfield’s ear after the bite) and otherwise had to tame – which always led to debates after the end of his career, what would happen if he competed against successors such as Wladimir Klitschko or Anthony Joshua . The almost unanimous opinion: Tyson in top form would not only defeat them all, but destroy them.

That’s why Tyson’s announcement that he wants to return to the ring for a few show fights is causing excitement – even US President Donald Trump wrote on Twitter: “Go ahead, Mike!” The question, of course: Who should Tyson fight? Danny Williams, Tyson’s penultimate opponent in 2004, told the British newspaper The Sun.that he would compete: “My name is in the draw, I’m just waiting for an answer.” Mind you: Williams is 46 years old since the knockout against Tyson by K.o. in the fourth round he lost more fights (25) than he won (22).

Another possible opponent: Evander Holyfield, four years older than Tyson. He published a picture on Twitter two days after the Tyson video with just one word: “Comeback”. On Wednesday, he announced that he would collect donations for his Unite4OurFight foundation and therefore want to return to the ring for a few show fights. Black and white pictures of the training can be seen, then Holyfield looks into the camera and says: “I’m back!” There is no more information at the moment – but that’s exactly what they want when it comes to boxing: tip the people so that as many of them as possible turn on in the end.