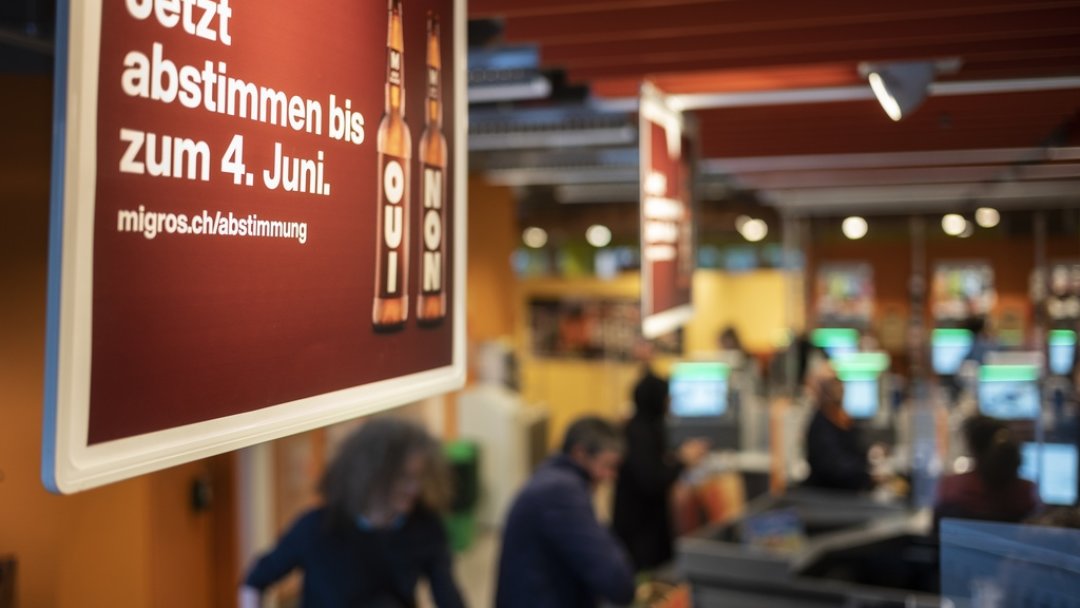 Migros cooperators will decide on June 4

The 2.3 million cooperators of Migros will decide on June 4 whether the orange giant will be able to sell alcohol. The Federation of Migros Cooperatives (FCM) recommends lifting this ban and none of the ten regional cooperatives oppose it.

Counting will begin on June 7. Migros will announce the result in mid-June in its magazine. A two-thirds majority is required to permit the sale of alcohol. The major retailer plans to sell beer, wine and spirits from 2023.

Read also: If Migros starts selling alcohol, it will have to aim high

As for the adaptation of the statutes, it must enter into force on July 1st. In the future, Migros would only stop selling tobacco products.

The alcohol ban at Migros, which was founded in 1925, has been in effect since 1928. Its founder Gottlieb Duttweiler enacted it to protect public health and fight against “the all-powerful alcohol industry”. The “disastrous drinking habits” drove people into poverty. Alcoholism was very widespread at that time in Switzerland.

Mr. Duttweiler had asked the delegates to decide on the ban on the sale of alcohol in 1948. He had been followed by 52.4% of the voters.

The ban has also been anchored in the statutes of regional cooperatives since 1983. Only Geneva is an exception.

The cooperatives of the Geneva, Neuchâtel-Fribourg and Aare regions did not issue a voting recommendation. FCM delegates have already spoken out in favor of change. Since 1930, the social situation and consumption habits have changed a lot in Switzerland, believes the FCM to justify its proposal.

See also  The second economy in the world is in danger.. The epidemic and inflation impede growth

In the competitive battle in the retail trade, proponents of the change consider that Migros suffers from a major competitive disadvantage by depriving itself of selling alcohol. Coop, Lidl, Aldi and e-commerce are on the heels of Migros. Migros has already lost its position as the number one retailer in Switzerland to Coop.