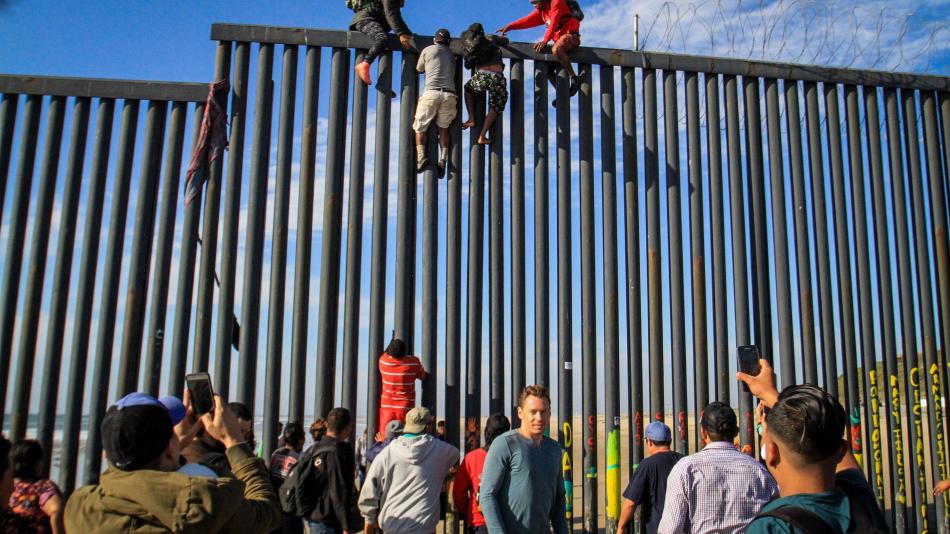 Migration to the US: Coyotes deceive illegal travelers on Facebook – USA – International

That social network has become a kind of community to report on the situation at the border. Some desperately seek to cross and receive offers through direct messages from traffickers; Others share pictures of their family and friends to try to track them down.

(You might be interested in: USA: Court accuses two men of the death of 53 migrants in a truck)

Border wall between Mexico and the US

Before embarking on the journey, migrants rely more on ‘word of mouth’ information or information given through internet platforms to find out the details of the route to the United Statesaccording to the recent report of the Technology Transparency Project.

“Misinformation has led people in the region to think that it is much easier to enter the United States than it really is,” Katie Paul, director of the Technology Transparency Project, told CNN, that delved into the role of social networks in illegal migration.

Migrants are aware of the risks and deception on the platforms, Paul told the outlet, but their volume makes it more difficult to decipher what is true.

The report also highlighted that posts on Facebook and WhatsApp are misleading.

They show favorable environmental conditions for the border crossing, while the state of the rivers is not the most appropriate. In addition, they offer false documents and information.

Migrants crossing towards Eagle Pass (USA) In the background, on the other side of the river, two ‘coyotes’ returned to the Mexican side.

See also  Scientists have discovered a new mechanism for the development of cancer
Photo:

The report also established that the Facebook pages that offer migration journeys to the United States offer them through travel advertisements, with services and guarantees, or in buying-selling groups where they announce the trip together with publications about furniture and vehicles. .

Also, the posts include the word “coyote,” as human smugglers are known.