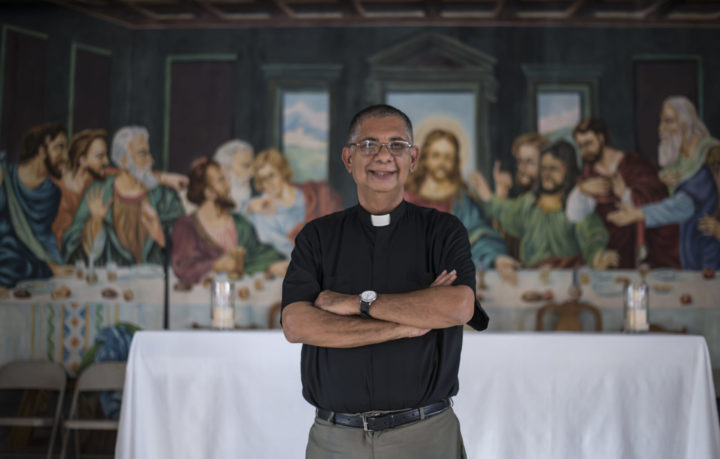 Monsignor Silvio Fonseca, from the Santa Faz parish, in the Costa Rica neighborhood of Managua, was prevented from leaving the country this morning. At the Augusto C. Sandino International Airport in Managua they told him that his passport “had problems to be read”, despite having used this same document to travel four months ago to the same destination to which he was going, the priest confirmed to LA PRENSA .

Fonseca, in charge of Family Ministry in Managua, tried to travel to the United States for personal reasons, to discuss health issues, at 8:00 in the morning of November 7.

Also read: Monsignor Silvio Fonseca: “To desecrate a temple is a very serious penalty in the Catholic Church”

He indicated that they took his passport and told him to report to the immigration offices. “They told me that it did not read well, that it was wet, but I have been sheltered for a long time,” he said.

He indicated that so far he had not had problems with the authorities and he does not know if the travel impediment is due to the fact that it is the day of the electoral elections.

Also read: Daniel Ortega intensifies attacks against bishops and opponents in a speech in honor of Benjamín Zeledón

It is worth mentioning that Daniel Ortega during his speeches has directly attacked the Catholic bishops. He accused them of being “accomplices of terrorism” and disqualified them because, according to him, they wanted to take away their power to hand it over to imperialists. , in the midst of pain; demanding, they were not asking, they were demanding the withdrawal of the authorities and that the terrorists be installed in the government at the service of the Yankees, ”said Ortega.

Recently, the Inter-American Commission on Human Rights (IACHR) granted precautionary measures in favor of Monsignor Juan Abelardo Mata, considering that he is at risk and has been a victim of siege.