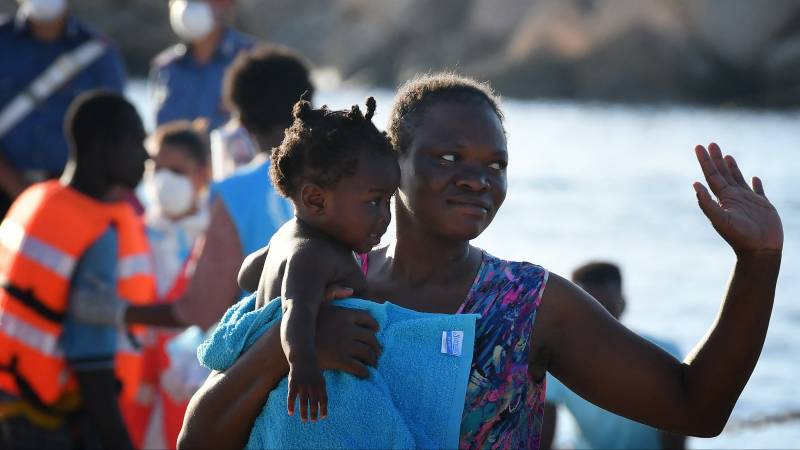 A boat carrying migrants capsized off the coast of Libya. UN migration organization IOM assumes that at least 35 people on board have died. So far, six dead have been recovered from the sea.

The wooden boat capsized on Friday for unknown reasons near Sabratha. Many migrants venture to Europe from that coastal town. It is about 300 kilometers as the crow flies to the Italian island of Lampedusa. More than 500 migrants have drowned or gone missing while crossing the Mediterranean this year, according to the IOM.

Many people smugglers are active in Libya, torn by civil war. Overcrowded migrant boats regularly capsize off the Libyan coast. Earlier this month, 90 people lost their lives in such a shipping accident.

According to the UN, evidence of crimes against humanity has been found. Migrants are treated inhumanely by both people smugglers and in government prisons.

African migrants have been trying to reach Europe via the Mediterranean for years. Last year 150,000 people managed to make that dangerous crossing. That is significantly more than in 2020 and 2019, but still much less than during the refugee crisis of 2015 and 2016.

The number of deaths is also increasing. Last year there were more than 2,000 dead and missing, the highest number in three years, the IOM reports.

See also  The fire in Matanzas, is it dying or just starting?