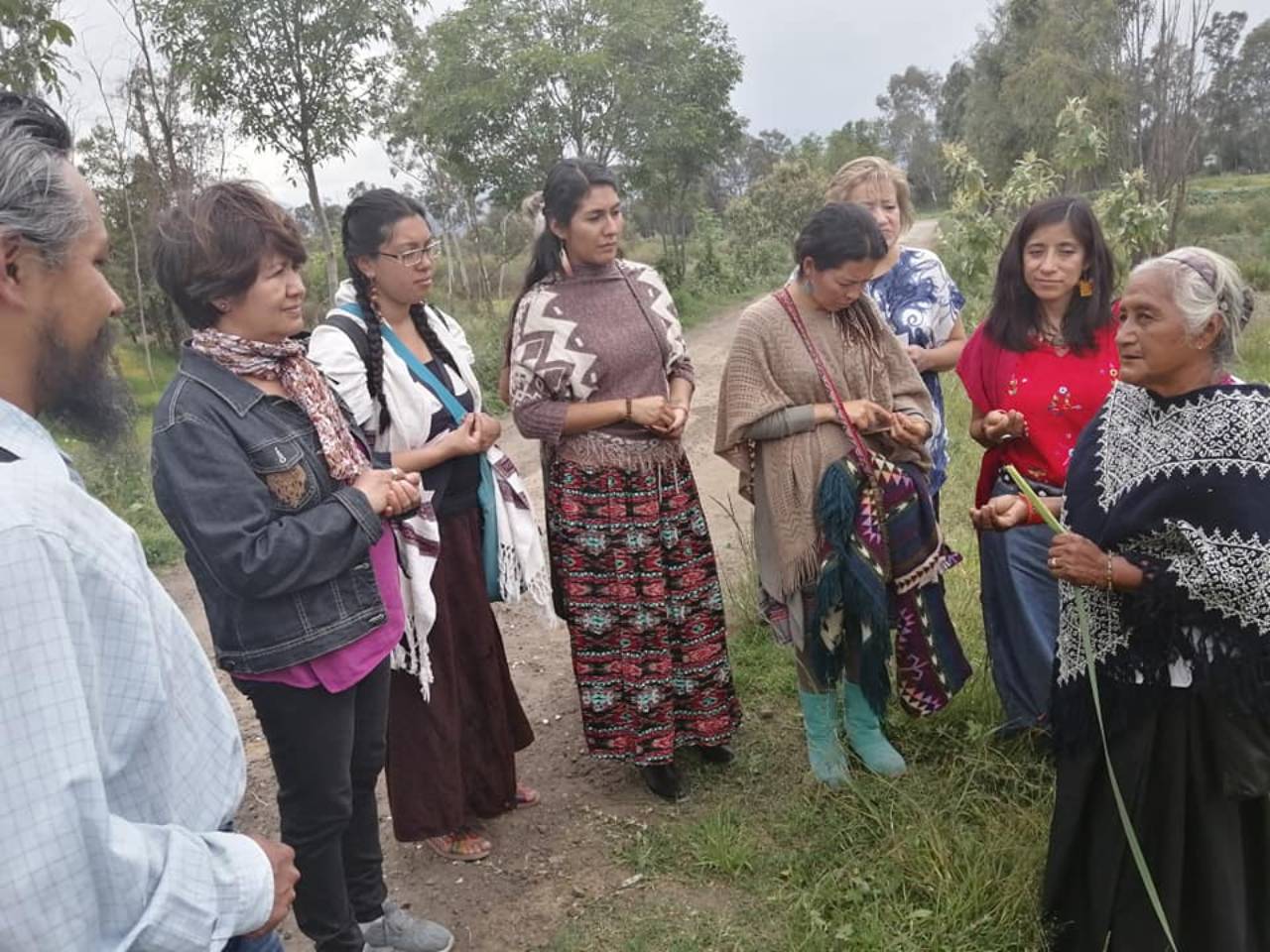 The Mexican Autonomous Network of Traditional Doctors and Midwives launched the petition “Let’s defend Traditional Indigenous Medicine! No to the Reform of the General Health Law ”.

Collectives of traditional doctors and midwives together with civil society groups and academics analyzed the opinion sent to the Senate by the Chamber of Deputies and concluded that if approved, it will affect the collective rights of indigenous peoples established in the Constitution and in various treaties. international organizations on cultural, environmental, economic and social rights.

The petition is specifically addressed to Olga Sánchez Cordero, president of the Senate, who received an opinion that seeks to reform the General Health Law on Traditional Indigenous Medicine.

The objective of the opinion, they warned, is to award the Mexican State, through the Ministry of Health, the competence to “regulate, use and take advantage of” traditional indigenous medicine, standardizing its practices under the rules of hegemonic medicine that, due to its origin and nature, are alien to the cultures of the peoples.

They mentioned that the reforms would impose rules of a prohibitive nature and subordinate the practices of traditional medicine to the hegemonic health system and to the corporate interests of the biomedical industry.

This would affect the permanence and continuity of knowledge and practices related to community health that represent fundamental aspects of the biocultural systems of indigenous peoples, this impacts the relationship with the territory and associated resources, that is, the administration, conservation and reproduction of medicinal plants, their relationship with traditional agriculture and the surrounding ecosystems.

See also  Marcelo: “It is not possible to say” that fans “come in a bubble and then they don't come” | Coronavirus

Through the forum “Legislation, control and disappearance of traditional medicine: Risks of the reform proposal to the General Health Law”, Eusebio Carmona, member of the Organization of Indigenous Doctors of the State of Chiapas (OMIECH) announced that For 37 years they have fought to defend their medicine, but today they see a new danger that came from the Chamber of Deputies, one of the institutions that should defend and respect them.

He stressed that the members of the organization have talked about the opinion given by the Health Commission, thus they came to the conclusion that their rights as indigenous peoples of the country are being violated.

We fully understand the intentions of the medicine of the doctors who for hundreds of years have wanted to regulate us, that is, to send us as patrons and appropriate our medicinal plants to strengthen their medicine and not so much to serve our peoples, said Carmona.

He pointed out that the interests are hidden in transnational pharmaceutical companies and some national ones that only see the profit from the sale of herbal products worldwide, such as supplies in hospitals, where more and more pregnant women are being treated due to the discrediting of midwives by the health sector.

The organization is clear that the regulation by the Ministry of Health of its medicine and of those who practice it in the communities will be the continuation of their displacement and disappearance as has occurred in other countries such as Chile, Argentina and Uruguay.

See also  restrictions are increasing, "confinement" in the Netherlands "

READ MORE: Indigenous migration: scorned in US courts and expelled to Mexico

Let’s hope that the senators have a better thought about the negative consequences of that opinion and reject it, we do not want them to recommend it so that everything remains the same, as they have done for a long time. Total rejection of the opinion of the Health Commission of the Chamber of Deputies on traditional medicine, said the member of the organization.

For his part, José Guadalupe Tinoco Díaz of the health research group of the Autonomous University of Mexico City (UACM) warned that the reforms to articles 2, 6, 13, 27, 83, 96, 112 and addition to 31 Bis of the General Health Law, entails major violations of the rights of indigenous peoples.

Tinoco Díaz added that omitting prior and informed consultation with indigenous, Afro-Mexican and comparable peoples and communities is serious as it is a fundamental requirement to determine consent or rejection of the reform proposal.

This ruling, he said, seeks to regulate traditional doctors and midwives by equating their knowledge to the hegemonic medical system, which would prolong a historical and shameful subordination of specialists and their practices.

READ MORE: The educational exclusion of indigenous girls and boys

Likewise, he said that the elaboration of the opinion forcefully warns of the profound ignorance of the forms of production and reproduction of knowledge that are inserted in a historical, cultural, hereditary and community dynamic.

This regulation does not respond to the real needs of both indigenous communities and various popular sectors, nor are we ignorant that we are facing an accelerated scenario of exploitation of their socio-environmental, territorial and cultural resources permeated by transnational and global interests, explained Tinoco Díaz.

See also  3 dietary changes every woman over 50 should make

READ MORE: In Sinaloa there are more than 30 indigenous languages, and only 4 are recognized: Cresencio Ramírez

The health research group made an attentive appeal to the members of the Senate to reject said opinion. In a personal way, he proposed the formation of groups that attend to specific tasks, have a wide space for the dissemination of what they will address and the fields of action.

On the other hand, Roberto Campos Navarro, a doctor recognized for his career in traditional medicine studies, pointed out that the initiative presented to the Senate is “deceitful and deceitful” in trying to equate complementary medicine with traditional indigenous medicine, as this is last ancestral.

Campos Navarro disapproved of not consulting indigenous peoples, such as not taking into account the National Institute of Indigenous Peoples (INPI) and the Ministry of the Environment and Natural Resources (SEMARNAT).

He proposed to promote the correction of the constitutional text and expand the current Health Law, since it has not been complied with since there has been no budget and support since it began in September 2006, and by not promoting and developing traditional medicine.

Finally, the doctor raised the legal protection of traditional Mexican medicine as intellectual property as it is part of the intangible cultural heritage of humanity.