We have known since November 2020 that Microsoft Flight Simulator will offer helicopters, but the game’s roadmap has recently been refined with an update made by the developers this week.

Last November, we indicated in our article that helicopters were planned for 2022, and it still is. Asobo is not communicating a fixed release date yet, but it is still reassuring to see that things have not changed for 8 months when this is a priority request from the community.

What is happening this year too, and provided that the schedule is kept, are the support of DirectX12, a freeware category on the game marketplace, a gauge to adjust the remote rendering of vegetation or even the return of events. Halloween type.

The addition of trains in Microsoft Flight Simulator was slated for 2022/2023 last November, but that feature definitely slips to 2023 at the earliest.

In 2022, on the other hand, the developers plan to incorporate the seasons into the game, but also a world update for Brazil and Italy, the wake of the boats, the management of pylons and large antennas or the management of a shared multiplayer cockpit!

With a list of dozens of features and novelties expected by players, developers already have plenty to do for the next three years.

If you plan to install Microsoft Flight Simulator on your console, plan for space since it will require more than 100 GB of storage space at least on Xbox Series X. 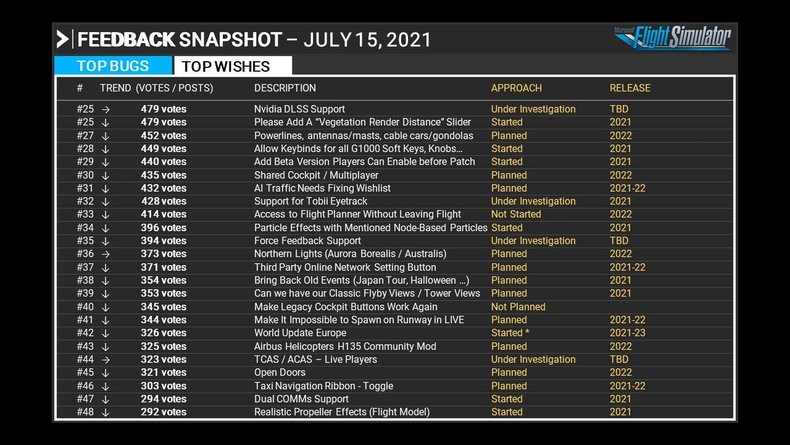