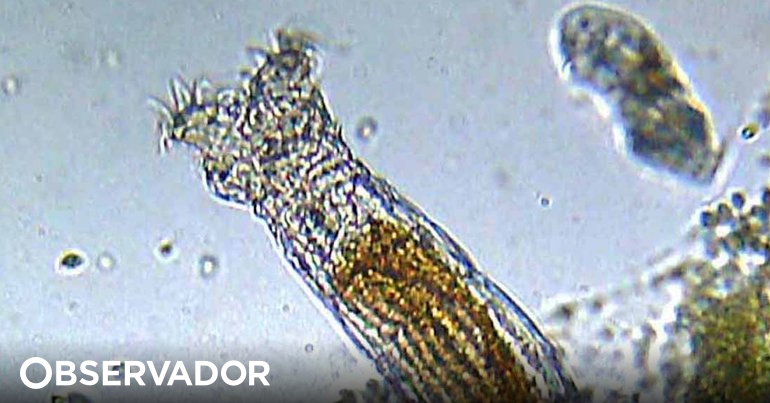 In northwestern Siberia, at a depth of 3.5 meters, a team of researchers found a layer of ice-rich clay that had been permanently frozen for about 24,000 years. In the middle of this layer were several microorganisms, including microscopic animals – the rotifers – that the investigators were able to resuscitate.

“This ancient rotifer is able to survive a relatively slow freezing process that leads to the formation of cell-damaging ice crystals,” wrote the team coordinated by the Soil Criology Laboratory, Russia, in the article published in the scientific journal Current Biology , from the Cell group.

This finding thus suggests that this group of animals, known to withstand extreme situations, it can suspend the metabolism. “It has effective biochemical mechanisms for protecting the organs and cells needed to survive low temperatures,” say the authors.

Once resurrected, the animals resumed their activities: they fed and were able to reproduce by parthenogenesis (forming an embryo without fertilization and without the need for a male), as would be expected.

The bottom line is that a multicellular organism can be frozen and stored as such for thousands of years and then come back to life — a dream of many science fiction writers,” says Stas Malavin, a researcher at the Soil Criology Laboratory.

This isn’t the first time it’s been possible to resuscitate a living organism frozen for thousands of years—although it’s the first time for bdeloids. For example, it was possible to grow an Antarctic moss from a sample that was more than a thousand years old, to regenerate plants from seed tissues preserved in a permafrost (permanently frozen ground) 32,000 years old or resuscitate frozen nematodes 30,000 years ago.

Stas Malavin, one of the authors of the study, points out that the more complex the organism, the more difficult it is to get it to freeze and interrupt metabolic processes without dying (cryptobiosis). “However, moving from a single-celled organism to an organism with a gut and a brain, albeit microscopic, is a big step forward.”